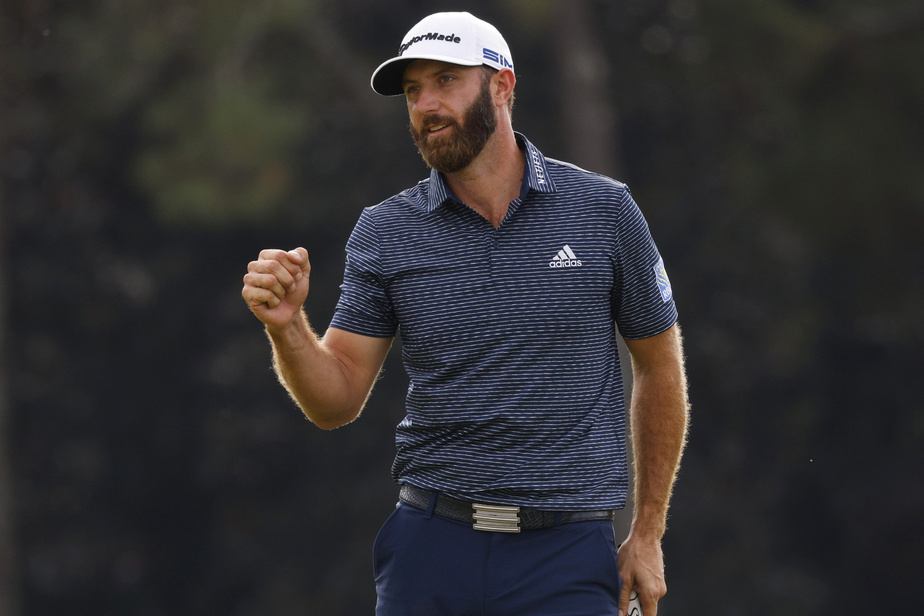 Johnson handed in a final card of 68 (minus-4) for a cumulative score of minus-20 (268). At the same time, he broke the Masters Tournament record, which was shared by Jordan Spieth and Tiger Woods, by two strokes.

Johnson also won his second career major title, after winning the United States Open in 2016, and signed his 24e victory on the PGA Tour.

DJ edged Australia’s Cameron Smith (69) and South Korean Sungjae Im (69), tied for second at minus-15. Smith took the opportunity to set a Masters record by becoming the first golfer to play under the 70 mark in all four rounds of the tournament.

American Justin Thomas did well with a final card of 70 that allowed him to finish fourth at minus-12. South African Dylan Frittelli (72) and Northern Irishman Rory McIlroy (69) shared fifth place, minus-11.

The other Maple Leaf reps Nick Taylor and Mike Weir finished the tournament minus-3 and plus-2 overall, respectively.

Nineteen months after winning his fifth green jacket, Woods completed the tournament at minus-1.

Woods, however, had to make a dramatic comeback on the return nine to avoid registering his worst career Masters score.

The American’s worst career round at the Masters was a 77 recorded in the third round when he first appeared at Augusta National in 1995, when he was still an amateur golfer.

The defending champion had five birdies on the last six holes to sign a 76 (plus-4) card on Sunday. However, that was not enough to allow him to erase a score of 10 out of 12.e hole, a par-3 where he hit three balls in the water.

Share
Previous Work internship for Francophone immigrants: an asset for economic equity
Next Heavy fines at anti-COVID rally in Manitoba

Andrew Menzies in his father’s footsteps