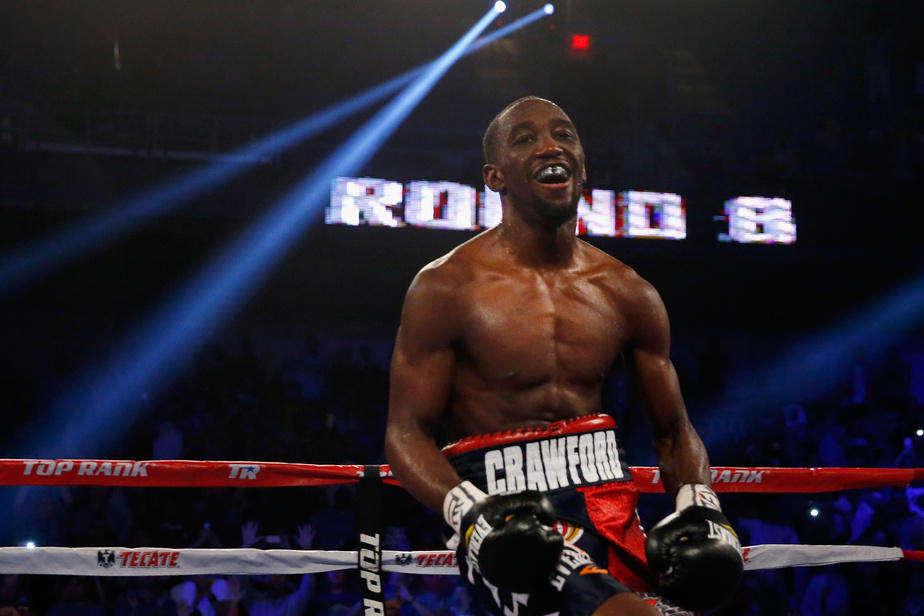 Big favorite of this fight, Crawford left Brook to delude himself during three times during which he took the time to see where he could find the breach, while taking a few jabs from his opponent, one of which slightly opened the top of the right eyelid.

Then he accelerated: a right jab struck at the level of the left eye sent the Englishman, totally unbalanced, into the ropes, then three more strokes caused a first intervention by the referee, to verify that Brook was in state to pursue.

After which, Crawford, one of the best finisher in the world, did not hesitate to live up to his reputation, making a hook from the left, one from the right, two more from the left and a last from the right to force the referee to put an end to his adversary’s ordeal.

“He kept me at a good distance and I had to find my rhythm. I knew that I had to hit the right shots, especially not to rush, ”commented the 33-year-old boxer who has 37 wins including 28 before the limit.

“It’s a shame that the referee decided to stop the fight, but I recognize that the best won tonight,” conceded Brook, accusing at 34 the third defeat of his career in 42 fights (39 victories including 27 by K.-O.).

After this new demonstration from Crawford, who was also champion in two other categories, lightweight and welterweight, the question arises of his next challenge.

To which his promoter Bob Arum replied: Errol Spence, holder of the WBC and IBF titles, “will do whatever he can to avoid Terence, because he knows he cannot beat him”.

There remains the Filipino veteran Manny Pacquaio, soon to be 42, holder of the WBA belt, whom Crawford said “wants to face”. A fight that Bob Arum claims to try to plan “just before or after Ramadan in the Middle East”, which will take place in April / May, without specifying the country.

Share
Previous Four-legged heroes
Next Bad Conduct | What is the most beautiful sports uniform?

Andrew Menzies in his father’s footsteps