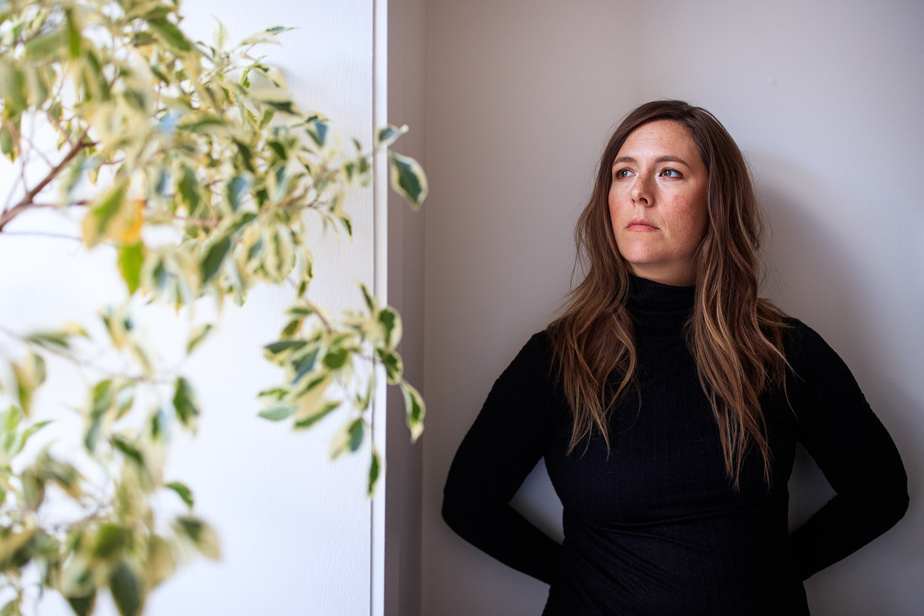 After Landing, first album as sad as it is beautiful in which we discovered her overwhelming voice of sweetness and her extreme sensitivity, the singer Beyries has developed a real intimate relationship with the public. Three years later, it is the theme of the meeting that is at the heart ofEncounter, second album which should soften our pandemic fall while taking it to new avenues.

“If there’s one thing I integrated, it’s that when you make music, you have no control over what it will generate in people. When I compose a song, I am in an X state that I like, and so much the better if it resonates! ”

Amélie Beyries does not know if Encounter will know how to comfort those who will listen to it. And this, even if after Landing, people have told him they listen to his music in all kinds of situations – doing yoga, writing, at funerals.

My music has accompanied many families. What I want most as an artist is to bond with people. Because humans, basically, we are all the same.

This is the observation that she has made for a long time: by traveling a lot for three years with her songs, but also before, when she worked in restoration.

“In catering, you see 400 people a day, but you realize, in the long run, that there is very generalized behavior, a way of being that is very touching. It interests me a lot, this kind of matrix, this common denominator that means that anywhere in the world, we all know what to be afraid, to be sad, to be angry. ”

Encounter therefore speaks of meeting, of all meetings. The one with the audience, of course. That also with his collaborators, including the taker of his Guillaume Chartrain, his childhood friend. “We can say that we’ve known each other for 35 years, it’s amazing that we’re still able to move forward together! ”

And the one with herself. “How I evolved as an artist, what’s next, now that I’m there. ”

This is probably what has changed the most for Beyries: arriving at the song in her thirties after going through two cancers and difficult treatments, it is while making her second album that she considers to have truly “become” a singer. singer-songwriter.

“It was clearly more work. I realized the artisan side of this job. As much as I did an intense apprenticeship of the scene after the first album, so much there, it was a fundamental work on the songs. “Sit down and write, make aesthetic choices with director Alex McMahon, find a common thread…

I had a clear intention from the start, that of getting out of this introspection of the first album. But keeping the privacy because it’s part of my very nature.

Her first criterion was that the songs, composed on her grandmother’s old piano that she had restored, hold in piano-voice or guitar-voice version. They were dressed to be better undressed afterwards. “I’m rehearsing my tunes right now and I’m so glad I followed this rule! ”

Even while stepping out of her comfort zone on a few songs and taking a more pop direction, Beyries’ voice remained her common thread. “We tried to make it as close as possible. ”

Doing an interview with Beyries is also engaging in discussion on all kinds of related topics, such as the ecological crisis, which inspired her on the album. “I am passionate about history, and when I look at our time, I find it incredible, very rich for artists. ”

The singer-songwriter is not impervious to the world around her. But she sometimes feels an overload of information, so much so that she now praises slowness and has recently stepped away from social media.

“We’re like children who put their hands in a dish of candy, it makes your heart hurt in the long run. There are such reflections in Encounter : by stuffing itself with information, it loses its meaning. Over me talk about it, because I feel completely overwhelmed. ”

After having faced it closely recently – “I am 41 years old and I know that it will continue” -, death also lurks on Encounter. “I realized that we had become very uncomfortable collectively with this, and I wondered what it would be like if we welcomed it more and better. ”

Sensitivity, gentleness, quest for meaning, melancholy: there is all of that on this album which, despite a different artistic direction, still carries the same sadness intrinsic to the singer. ” I assume. There is a dark side in me that is important. ”

This sadness that we all have within us, we just have to choose to face it or not, adds Beyries. “Me, she scares me less than before. It’s like the time you leave with your [lampe] head-on in the woods at night with your friends: it’s not natural, but it’s a rich experience. That’s how I want to see it: observe what is scary while keeping one hand on solid ground. ”

These new songs, in any case, are likely to accompany many people in the coming months, as the pandemic generates more and more anxiety. Why do we have the reflex to listen to sad songs to comfort ourselves?

“Maybe because they are aligned with our emotions?” I believe a lot in the science behind music and want, don’t want, music, it’s all about waves. When we’re sad, we don’t necessarily want to listen to fat Beyoncé, because it clashes with our frequency. Sometimes I force myself to get out of this mood by listening to something else, but sometimes I just want to stay in it, to be accompanied by someone who is on the same page. It’s reassuring. ”

During the pandemic Beyries created a lot – “I have three albums on the way! “- but she is eager to resume the tour, which will begin in February, without any certainty that it will take place.

” I am reading Yoga, Emmanuel Carrère, and at one point he said: “if you want to make God laugh, tell him about your plans”! The shows are planned, but we don’t know if that will happen. But we rehearse and I want to do it. There, I feel like saying hello! ”

Unsurprisingly, it is especially the meeting with the spectators that he misses. “Sharing is so exciting. This is what I miss. A festival tour? No. The relationship with people? Yes, that’s what I really miss. ”

Alex and Alex advance to the final