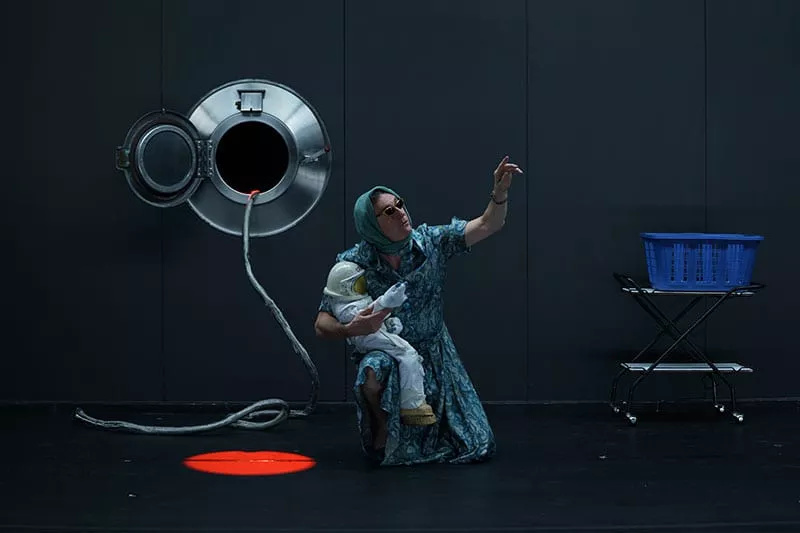 Télé-Québec announced Thursday the broadcast of a series of shows, scheduled for theaters this year, which have been postponed due to the pandemic. The broadcaster wants to offer a “unique cultural passport” to Quebecers, with free access to 12 shows, over the next few months.

For the very first time, Robert Lepage’s grandiose solo, The dark side of the moon, will be presented live from Le Diamant in Quebec, with the two actors who have played it around the world Lepage and Yves Jacques. The show will include a few new features for its appearance on Télé-Québec television. Its broadcast time will be announced shortly.

The first show will air on November 27 at 9:30 p.m. These are Rekindle the stars in Lac-Mégantic, an outdoor concert shot last August in the heart of a Lac-Mégantic field which stars Charlotte Cardin and Safia Nolin, among others. Will follow on December 4 The Little Prince, the creation of a musical theater of the story of Saint-Exupéry recorded at the Théâtre du Nouveau Monde, with the music of Eric Champagne under the direction of Yannick Nézet-Séguin and the Orchester Métropolitain, staged by Sophie Cadieux.

The show bringing together Marie Carmen, Joe Bocan and Marie Denise Pelletier, whose tour was postponed last March, is also part of the Télé-Québec series. Just like that of Michel Rivard, The origin of my species, and the room The Hardings. The dates will also be announced later.

“I am very proud of this extraordinary programming where people are invited to discover or rediscover various dance, music and theater shows in completely renewed formulas”, commented the general director of programs of Télé-Québec, Richard Haddad .

This project is made possible thanks to the contribution of many partners, producers and broadcasters of shows, and three production houses recognized for their daring: Blimp Télé, Productions Déferlantes and Productions KOTV.

Share
Previous COVID-19 vaccine: a “breakthrough” from which everyone must quickly benefit
Next COVID-19: the pandemic stabilized in Europe this week