“Omertà, the law of silence”: the school of Luc Dionne

Long before “District 31”, Luc Dionne had riveted viewers to their small screen with “Omertà, the law of silence”, a high-caliber series which already portrayed with aplomb the dealings of the police and organized crime circles.

By itself, the first season of “Omertà”, broadcast in the winter of 1996 on Radio-Canada – and which ICI ARTV condenses in bursts on its antenna the next three Sundays – had collected 10 Gemini trophies.

Two other chapters, relayed in the fall of 1997 and the winter of 1999, a novel and a film with René Angélil, in 2012, had completed the adventure “Omertà” which, we remember, took root in the race of investigators Pierre Gauthier (Michel Côté) and François Pelletier (Luc Picard) to pin down the godfather of the Montreal mafia, Giuseppe Scarfo (Dino Tavarone).

“Omertà” already revealed in all its splendor the creative talent of Luc Dionne, who was subsequently committed with other daring works such as “Bunker, the circus”, “The last chapter”, “Blue Moon” and , of course, the beloved “District 31”.

“I didn’t know anything about it. I didn’t even know the difference between a producer and a director. I wrote a series that I presented to Productions SDA, and the rest is history, as they say! ” confides the prolific author in an interview, recalling his beginnings.

The former political attaché had never written anything, “except postcards to [sa] mother ”, when he set out to build the story of“ Omertà ”.

In all his naivety, he specifies himself, he had done his scriptwriting school by consulting a book entitled “The Element of Screenwriting” and had given free rein to his imagination by knitting his suspense, inspired by his knowledge of organized crime community and his discussions with people around him, friends and family, who gravitated near the police forces.

From then on, he learned everything about the workings of television, sometimes producing more than twenty versions of his texts of “Omertà”.

Instantly, the public fell in love with the already raw and ruthless style of Dionne, who never shied away from eliminating a strong protagonist à la Scarfo if the jolt could serve her plot, even if it meant displeasing the audience. Talk to the eternal mourners of the unforgettable Nadine Legrand (Magalie Lépine-Blondeau) …

Humble, Luc Dionne greets Pierre Houle (director), Francine Forest (producer), Claude Bonin (producer) and other masters who, behind the scenes of “Omertà”, taught him the basics of his profession.

“I learned everything with them. They are the ones who made it possible for me to write at the speed I write today. “Omertà” has been a great learning school for me. “

Funny memories abound in the words of Luc Dionne when he recalls the genesis of “Omertà”.

When he recounts, for example, how his producers and Radio-Canada had “confined” him to a hotel room for a weekend to find out if he was able to write under pressure.

Or when he relates that he had his first lines read to the author Jean-Pierre Plante who, seduced, immediately spread the rumor that an incredible young talent was about to submit an unequaled detective series to Radio -Canada. Intrigued, the entire television community then set to work to design similar series, believing that the crown corporation was eagerly looking for this type of product. Were born in the wake of proposals like “Jasmine” and “10-07”, finally broadcast on TVA and TQS.

Luc Dionne considers himself ill-placed to analyze whether “Omertà” marked a milestone on Quebec television. It is nevertheless appropriate that the opus possibly marked its industry by bringing a change of tone in the fiction of here, until then much carried by the historical sagas to the “Time of a peace” or “Daughters of Caleb” and still shy in the field of heavy series, except for “Lance et compte”.

“After” Scoop “, [aussi conçue par Pierre Houle et Francine Forest], I came up with a series that had the same kind of treatment, with a kind of veracity of tone, of non-acting on the part of the actors, very important music … “

And, even though the project dates back almost 25 years, “Omertà” is never far in the heart and mind of Luc Dionne.

“In ‘District 31’, I have a character called Nick Romano [Mathieu Baron]. And every other time I write Nick Balsamo [Romano Orzari dans “Omertà III”]! “ 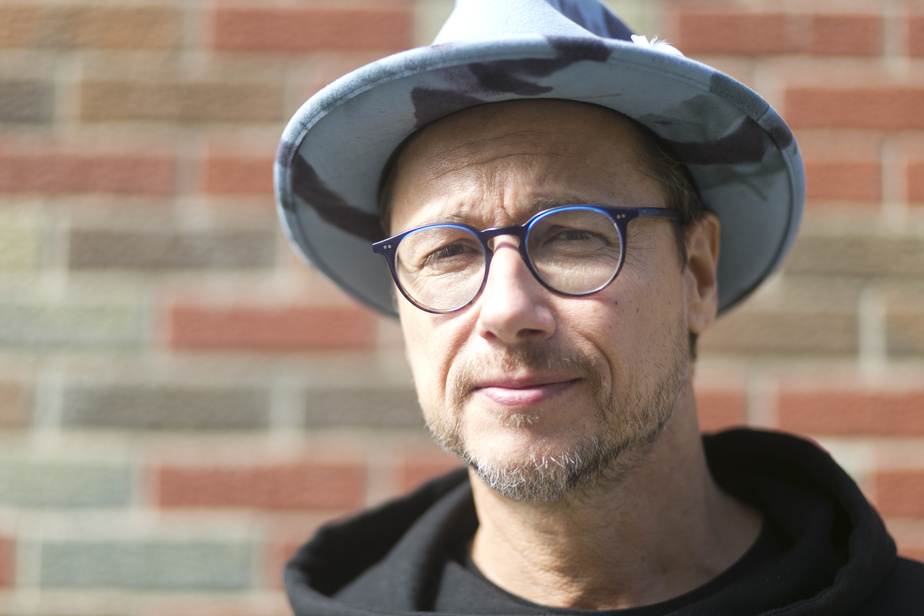 Holiday season | Stéphane Rousseau back on the radio

Almost 30 years after a remarkable appearance on the radio, Stéphane Rousseau will return to …