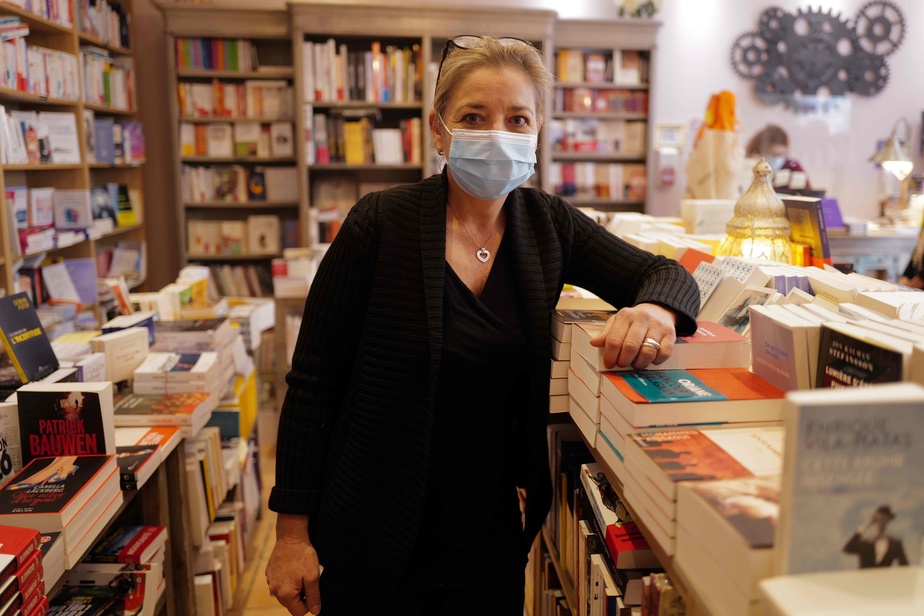 France | A bookseller “in resistance” keeps her boutique open in Cannes

(Cannes) “It’s a resisting act and a necessity”: despite the re-containment rules forbidding it, Florence Kammermann, 52, bookseller in Cannes, keeps her store open, garnering a lot of support, especially from well-known writers … but also police visits on Friday.

“We are resisting, sir,” she told a police officer who had come to see that her shop, “Around the book”, was open. A little later in the afternoon, another member of the police force came to tell her that she would be fined.

Cannes LR mayor David Lisnard also visited the bookstore, but to purchase a book as a sign of support.

“Disobeying is a militant act for the book, freedom of expression, our culture, but also a necessity. We could not afford a second confinement, it would have been liquidation before the end of the year, ”explains the bookseller.

In the past, she was a reporter in the Middle East and then a real estate agent, before devoting herself to writing and investing her savings to open her own bookstore in 2017, the only independent in Cannes.

“You have to do things thoroughly. My weapons are books. If we didn’t open it was the suicide of my bookstore ”. In two weeks, she has sold many Christmas boxes.

“Barrier gestures and distancing are strictly respected, I would never have done that if it endangered people,” she says.

Not a day goes by without her receiving support. Writers call her, “Alexandre Jardin, Didier van Cauwelaert, Jean-Baptiste André, Sébastien Spitzer”, but also “the former Minister of Culture and editor Françoise Nyssen”, and she talks on the phone with her Parisian colleague Yannick Poirier from the Tschann bookstore in Montparnasse, also open and already fined twice.

M’s bookstoreme Kammermann had moved to premises 180 m2 in July 2019, multiplying literary events, evening debates and signing sessions at a steady pace, before everything stops in March.

Distance selling then made it possible to pay a quarter of the rent: “The improvement of this summer has simply and fortunately enabled us to honor our debts, but in no case to preserve an emergency cash flow”, she describes in a open letter to the minister responsible for small and medium-sized enterprises, Alain Griset, denouncing “illogical orders”.

In a tweet to the Minister of Culture Roselyne Bachelot, the mayor of Cannes called for “getting out of this unfair and ubiquitous situation”: “The national police against a bookstore, it is not possible”.

In Le Mans, Samuel Chauveau, manager of the “Bulle” comic bookstore, had decided to disobey by opening the first day of confinement, October 30, but he closed the next day switching to the “click and collect” system.

“We are 12 people, alone I would perhaps have continued the fight, but I could not endanger the collaborators,” he explained.