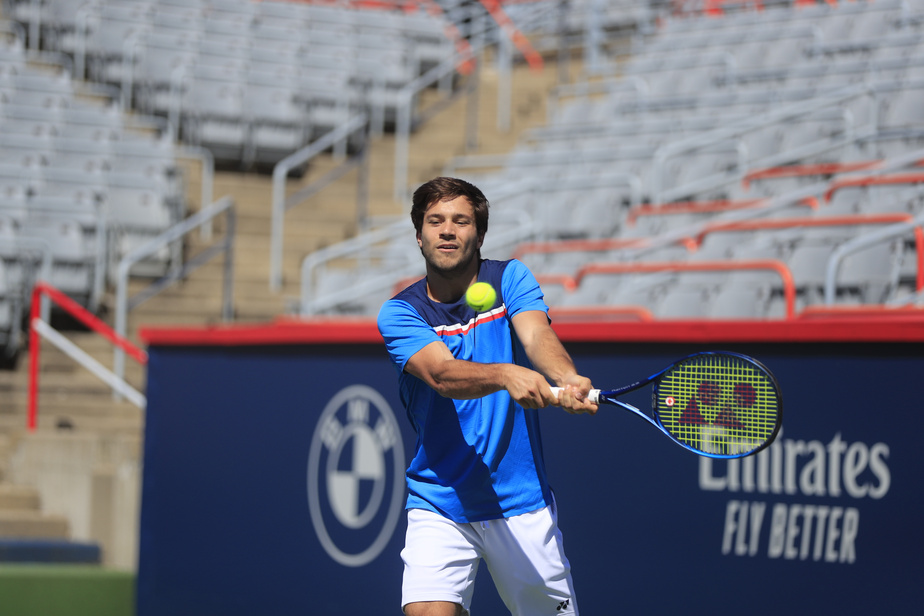 Alexis Galarneau | A first title and a second diploma

Alexis Galarneau lost in two sets Thursday, in the second round of the Challenger de Cary, 30 minutes from North Carolina State University, where he studies. This setback ends a six-game winning streak.

At the time of the interview on Tuesday, he had barely left the court after his first round match. He had arranged in three innings of the American Mackenzie McDonald, 57e world just 18 months ago.

“My university worked hard to receive singles and doubles passes and I was given the wild card for the simple one, he explained.

Galarneau changed his plans in extremis, in late summer, due to COVID-19. He was planning to make the jump to the pros this year. Eventually, it will wait another year.

Because before the hesitant resumption of the professional calendar, he decided instead to return to university, where he had just obtained a degree in finance, after four years on the benches.

“I had to make a decision at the last minute,” he says.

The Quebecer benefits from the exceptional exemption of the NCAA, which granted a fifth year to seniors due to the pandemic. He kills two birds with one stone. He adds a year of university tennis to his background and begins a second baccalaureate, in management and sport management (sports management) that one.

His stint in the NCAA will end next May. As for his diploma, he plans to complete it online afterwards.

On Sunday, the 21-year-old Laval resident won his first title by winning the ITF tournament in Fayetteville, Arkansas. He signed five wins, including beating the tournament favorite in the quarterfinals.

It felt good to be able to compete on the professional circuit. I had a great week. I won the tournament in a good way with a decisive score in the last match.

Pretty decisive, he said. 6-2 and 6-1. Against the tournament’s second favorite, Ecuadorian Roberto Quiroz, 293e global. Galarneau, as of Monday, is currently at 573e echelon. Injuries have slowed its progress in recent years. He was 386e in June 2019.

Before Fayetteville, his last tournament was in… at the end of February, at the Calgary Challenger.

He now hopes to compete in the Orlando Challenger next week, but he doesn’t know if his ranking will allow it. Challenger-type tournaments sit just above ITFs in the men’s tennis hierarchy.

“If ever I can’t make this tournament, I will continue to train, remain patient and probably return to Canada for the month of December”, notes the Quebecer, who was elected to the all-star team of the NCAA this year.

Almost a year ago to the day, Alexis Galarneau took part in the Houston Challenger. In the quarterfinals, he dropped the flag against a certain… Ivo Karlović. The Croatian, who has already climbed to the 14e rank in 2008, today occupies the 144e. But he’s still 6’11 “and still serves fireballs! With 13,619 aces, he is the most prolific in history in this area. John Isner and Roger Federer follow.

“It was a really great experience. I remember seeing him use so many bombs, ”launches the young Quebecer.

Galarneau lost the match in two sets of 7-6. One would be led to believe that he could never take the service of the giant in front of him. And yet …

“In fact, I broke it, I even had the chance to serve for the second set. But I got carried away, I thought about what I was going to tell my friends, that I had broken Ivo Karlović! I learned from that… ”

Share
Previous Google reinvests $ 4 million over three years in Mila
Next The Crown 4 | An even more sparkling crown!