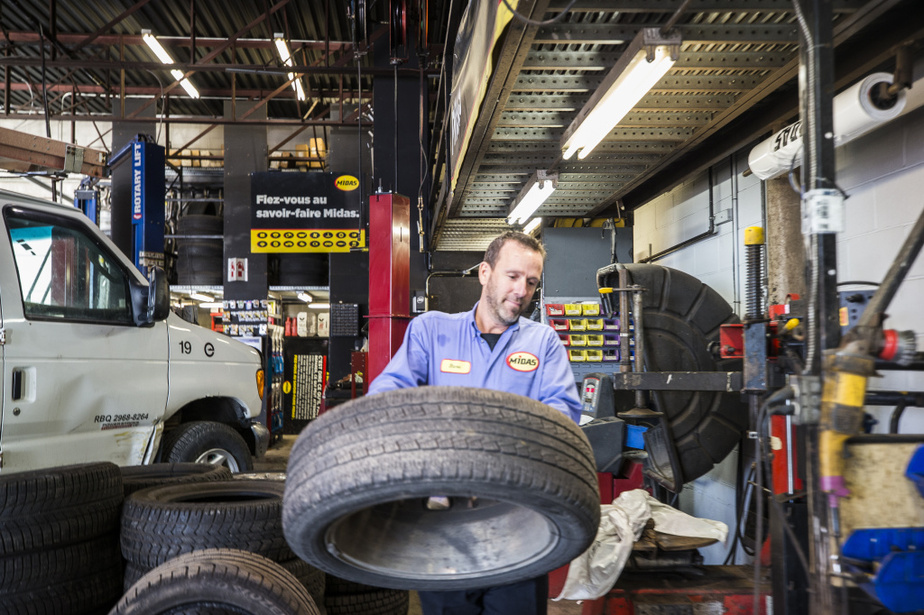 Ready for winter | The comeback of all-season tires?

Buried by the critics who reproached it for not excelling in anything, the all-season tire resurfaced, but under a new name: All-Weather (all seasons).

The return to favor of it is explained by a phenomenon perfectly identified: reducing costs. With this type of rubber, no more annual assembly and disassembly in the workshop, the purchase of rims or additional pressure sensors (TPMS). Savings all the more justified, believe consumers, in this period of pandemic where the frequency of travel is less.

The return of “all seasons” nevertheless leaves several experts doubtful about its winter skills. Carl Nadeau is one of them. The components of the “all-season” tire allow it to cast a wider net (high and low temperatures) than in the past, but still struggle to rally to the extremes. “As soon as the mercury reaches -10 ° C, the rubber hardens and already loses its effectiveness. Now imagine what happens when the temperatures drop to -20, -25, -30. The tire slips like a hockey puck. Mr. Nadeau is particularly concerned about the choice of these tires by pickup truck owners, who wrongly claim that the weight of their vehicle smooths out the vagaries of the road.

Éric Dedoyard, President of Yokohama Canada, also recognizes that despite the technological advances made to these “all-season” tires over the years, they remain a compromise.

It’s a logical choice, an economical choice, but only for certain motorists in certain regions of the country.

Steve Bourassa, Nokian Product Director for North America, agrees and also puts into perspective the impact of all-season tires on Quebec consumers. “This tire is very successful in the west of the country, but not in Quebec. Quebeckers recognize the value of a real winter tire and do not want to compromise, he says.

“In fact, all-season tires in La Belle Province only represent 7% of the Canadian market. “

What could be more distressing than the radius of the tires of a large area? Well aligned, these uniformly black washers like manholes are offered to the consumer with the sole ambition of being forgotten once they coat the rims of your vehicle.

People don’t come close to having an emotional connection with their tires. Even less to present them to passing friends over the air of “have you seen my new tires?” As one would admire his new car. This quest for social recognition systematically remains mostly monochrome. “To date, I haven’t met anyone excited to buy tires,” confirms Éric Dedovard, President of Yokohama Canada.

In appearance, they are all the same; however, not all winter tires are created equal. Some excel on snow, others hold onto ice better or clear slush more easily. Some promise several years of service without guaranteeing to maintain the same level of performance over this period. Others edent more quickly. Finally, some are more expensive.

To stand out in such a competitive and crowded environment, some manufacturers are banking on their reputation and the sums they invest in research and development. This is the case, for example, of Nokian, which exploits its Scandinavian origins to convince consumers of its know-how, of Yokohama and Michelin, which dispatch their engineers to Canadian roads to analyze the composition of the tarmac and the rigor. climate.

It is up to the consumer to set his parameters before making his choice. He can then validate everything by consulting several sources specializing in tire comparisons and with a tire dealer. “A good representative will ask the real questions. For example, on the use you plan to make of it, the mileage you cover, the roads you take, ”says Carl Nadeau.

There are so many criteria to consider, but at the end of the day the consumer must be aware that their choice will always be a compromise. All the more so if you have to get it today. “Generally, it’s best to shop for winter tires in September,” suggests Carl Nadeau. Resellers are then much more motivated. “

A mountain on which a snowflake is superimposed. Here is a pictogram which is proof of everything and nothing.

This has been affixed, for more than 20 years, to the sidewalls of tires “which meet specific grip requirements in snow”, we can read on the Transport Canada website. In fact, this standard simply certifies that the tire offers, in a straight line, a traction in the snow 10% better than that of an all-season tire when the mercury drops below 7 ° C. A test that is far from reflecting all the conditions experienced during the winter, such as the behavior of the tire on ice and its contribution to reducing braking distances, regrets Éric Dedovard, president of Yokohama Canada.

According to Carl Nadeau, spokesperson for Michelin and professional driving instructor, the time has undoubtedly come for the legislative authorities to reform the procedure for obtaining the pictogram.

While acknowledging that the procedure is no longer very young, Eric Dedovard is not really offended. “Obtaining this pictogram may be a challenge for new players in the industry, but not for a brand like ours. […], which, from the start, sets the bar much higher. In the meantime, a committee is studying the question of revisiting the certification criteria in the country, but nothing suggests a reform of the specifications in the near future. “