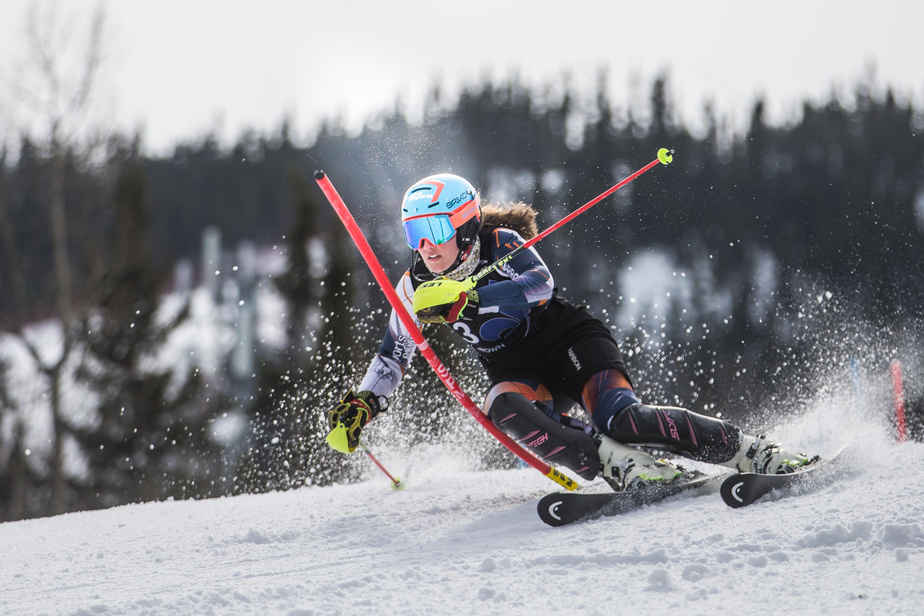 No bubble for alpine skiing

A concept of “bubble” for the resumption of training and competitions in alpine skiing was refused by Public Health, learned The Press.

Very worried about the future of the next generation, Alpine Ski Quebec (SQA) wanted to set up a “bubble” in Mont-Édouard, a resort located in L’Anse-Saint-Jean, in the Saguenay – Lac-Saint region. -Jeans.

It was to allow some 200 young elite skiers to reconnect with the practice of their sport, interrupted since the start of the first confinement in Quebec on March 12.

In a 16-page document, the federation details the measures it intended to implement to ensure the safety of participants, station customers and citizens of the municipality: wearing a mask inside and outside, creation “safe training bubbles”, limitation of travel between accommodation and the mountain, COVID-19 test five days upstream, temperature measurement twice a day, trailers reserved for the equipment of each group, activities during the week only, restriction of the number of people on the routes, etc.

The natural isolation of the Mont-Édouard station and the municipality of L’Anse-Saint-Jean, whose respective authorities had given the green light, was also pleaded by SQA. Generally, participants were to stay on site for a period of four weeks.

Submitted on October 13, the project was refused on Tuesday. “As with all sports, we start to eat hard knocks, reacted the director general of the federation, Daniel Lavallée, Wednesday morning. We at least want the elite to be able to train. Unfortunately, it did not pass. We were awaiting discussions with Public Health. Two weeks ago, we understood that the project was approved. But it is no longer. Of course, the situation with COVID has changed too. ”

Saguenay – Lac-Saint-Jean, which is experiencing a marked increase in new infections, fell into the red zone on November 2. The curve for daily COVID-19 cases continues to rise in the province, peaking at 1,378 on Wednesday.

“We did something quite substantial, very tight, but compared to what the Major Junior Hockey League did, we are not able to do tests every three days! »Indicated Mr. Lavallée.

Offering the fifth highest vertical drop in Quebec, Mont-Édouard hosted the last Canadian championships, in March 2019, and a slice of the Nor-Am Cup, the North American development circuit, in February. The mountain is a popular training site for Quebec skiers.

The Director General of SQA understands and “respects” the reservations of public health experts. “They are worried about the bubble. They found that the accommodation aspect was not waterproof, that it took more tests. They were worried about the 15 to 19 year old clientele; they are the ones that figure in the majority of cases. ”

The DG nevertheless retorts that the outdoor practice of the sport and the surface area of ​​the training and competition area – equivalent to “at least 20 soccer fields”, according to a letter submitted to the Ministry – should be taken into consideration.

“We don’t want to compare one sport to another, but we’re talking about alpine skiing. It’s an outdoor sport where you wear gloves, mask, glasses, helmet, hat. You are fully dressed. “

When research says that 1% of cases of contamination are outdoors, it’s hard to imagine that we are a risky sport.

Currently, only members of the Quebec team are training in Sun Peaks, BC. The situation is untenable in the long term, warns Mr. Lavallée.

“We’re looking for solutions in Europe because they won’t be able to be in Quebec this winter, that’s clear. But Europe is not ideal [avec la résurgence des cas]. The west [canadien], it is tightening. The national teams all came home because the tracks and the glaciers were closing, the World Cups were canceled. There is like a vice closing around alpine skiing. ”

The CEO of the federation fears the impact of the pandemic on the best hopes. “Without wanting to be dramatic, we are losing generations. In Quebec, the next generation is very strong among women right now. In men, it’s fine, but it’s extremely strong in women. There, we have to put them on the snow! ”

Relaunched from all sides by its members, Mr. Lavallée is unable to give a clear answer as to the possibility of holding a season that is somewhat normal. His biggest worry is that clubs will break the rules.

“I call it anarchy. People are going to set out on hidden routes somewhere on their own. This is going to be dangerous. You will start to see serious injuries. It won’t even be covered by our insurance.

“This is one of the arguments we made at Public Health. If it’s a matter of health and safety, you should just allow organized board sports. Because we will do it safely. ”

An investigation by the Pôle sports HEC Montréal revealed on Monday that a majority of top Quebec sports leaders evaluated at least 8 out of 10 the extent of the COVID-19 crisis on their organization. “Right now, sport has a low cackle,” admitted Lavallée, who notes the same depression in many of his counterparts.

Share
Previous Culture: Quebec must wake up
Next The moment of truth on the budgetary damage of the pandemic

What a bizarre situation for the Impact’s sporting director, Olivier Renard! With at least one …