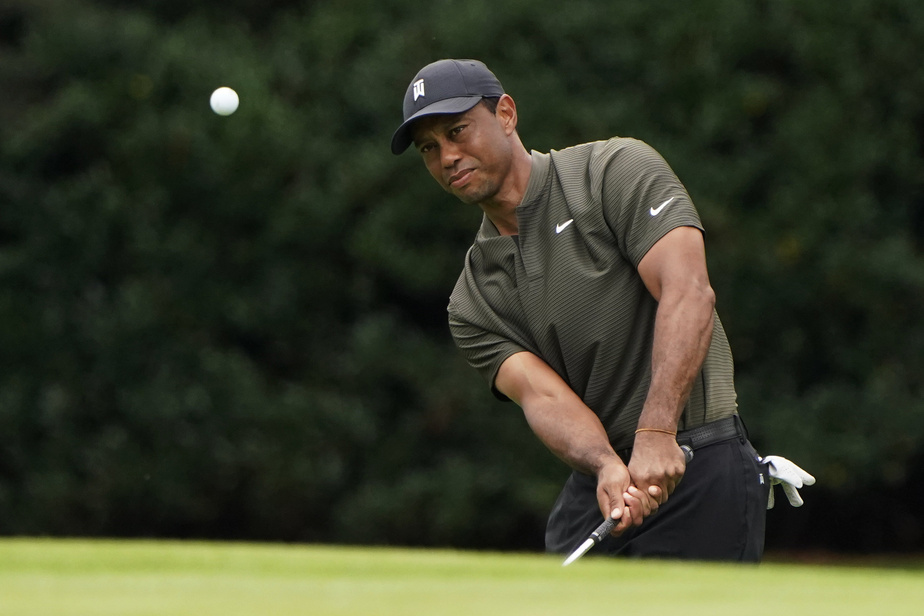 Masters tournament | Tiger Woods among the leaders, Paul Casey in the lead

(Augusta) Tiger Woods got off to a good start in his title defense playing 68 in the Masters Tournament on Thursday.

With minus four, Woods is three shots behind the leader, Paul Casey.

Woods, who started on the 10e mound, had birdies on both par-5s, before adding another to 16e hole, a par-3.

He added a birdie to the first hole and completed his round avoiding the boguey.

Woods often had bad tournament starts at Augusta, even during his conquests for the prestigious green jacket.

Last year at this tournament, Casey struggled playing 86 and 82 in his first two rounds.

Thursday, he got five birdies and an eagle, he who tries to win a first major tournament.

Casey has finished in the top 10 five times at the Masters Tournament.

“I haven’t played so well since the start of the pandemic,” said the 43-year-old Englishman. But I worked really hard in a short period of time, and it paid off (Thursday). ”

Webb Simpson and Xander Sc Chaudele are second at minus-5, after playing 67.

Among the other players at minus four is the 2018 champion, Patrick Reed.

Several golfers have not yet completed the course, including Canadian Nick Taylor.

About half an hour after the formal tee shots from Jack Nicklaus and Gary Player, the thunder was heard.

The course was evacuated due to lightning in the area around 7:35 am. Play finally resumed at 10:22 am.

Since the tournament is presented in November, the days are shorter. As a result, there are simultaneous departures at the 1er and 10e holes. The event is presented without spectators.