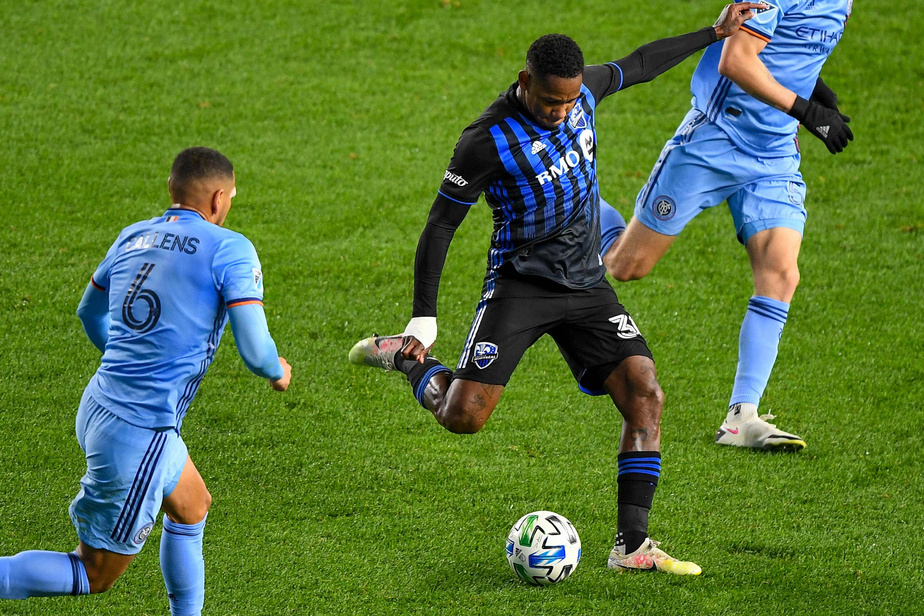 (Montreal) There are two ways of looking at it. According to the statistics, the Montreal Impact will play, on November 20, its first playoff game since 2016. In terms of emotions, the duel against the New England Revolution will be its second of its kind in 12 days.

For many of the team members of head coach Thierry Henry, this meeting with the Revolution will be their baptism of fire in playoff matches in MLS. Romell Quioto is one of the exceptions in the Montreal camp.

In a difficult context, given the natural disaster that had struck Honduras a few days earlier, Quioto offered a high-level performance Sunday in Washington, obtaining eight of the Impact’s 21 shots towards the rival net.

His goal scored in the 88th minute led the Impact to a 3-2 victory over DC United.

“It was a final, it was all or nothing,” Quioto said in an interview with The Canadian Press.

“That’s what’s going to happen in the next playoff games. When you give everything you have, you get results and that’s what we want to repeat in the next game and, God willing, in the next. ”

Like the Impact, Quioto has not often tasted the excitement of the playoffs in recent years. In fact, the 29-year-old Honduran has only had the experience once in his MLS career, in 2017, with the Houston Dynamo.

That year, Houston had made it to the Western Conference final, against the Seattle Sounders.

“These series with Houston were a great experience and I have very fond memories of it,” Quioto recalled.

“What I want to share with my teammates is the beauty of playing such games, with high stakes. These are matches without a future. ”

Those who don’t believe Quioto when he talks about the beauty of these games haven’t witnessed his performance against DC United. Not only did he hit the decisive net, he contributed directly to the other two.

His skillful pass allowed Bojan to find himself, ball at his feet, in front of a wide open net and to bring the score 1-1 in the 13th minute.

In the 74th minute, Quioto did it again with a corner kick that Victor Wanyama sent into the top corner with a header.

“I was really sure I could put the ball where one of my teammates was going to take advantage of it. When I saw Victor rise to score this goal, it was a moment of great joy, ”he said.

Suddenly, the Impact had just erased another deficit of a goal and given a second wind after moments of worry.

“This goal had a stimulating effect, in terms of confidence and optimism,” says Quioto. Even physically, it gave the group energy and it allowed us to end the match in style. ”

The game against the Revolution will coincide with the first anniversary of the Quioto acquisition. Less than a week after the arrival with great fanfares of Thierry Henry in Montreal, the sporting director Olivier Renard announced that he had got his hands on Quioto in return for the defender Victor Cabrera and a general allowance amount of 100 US $ 000.

The news did not cover the headlines, but for Quioto, it had the effect of a deliverance. And not just because he knew he would play under Henry’s orders.

“I was very happy to hear the news of the exchange in Montreal, and I even wanted to cry with joy. All I wanted at that point was to play. The destination didn’t matter to me, I wanted to have this chance to prove what I was capable of. At that point, it was the best news I could get. ”

Facing the Revolution, the Impact and Quioto will find a team they have crossed four times already in 2020. The Montreal team defeated the Revolution 2-1 in the opening match at Olympic Stadium, but lost the next three.

“They’ve beaten us in our last three games, but it’s a game of great importance. If we can take this step, it will give us a great deal of confidence. ”

It is already certain that the Impact will be deprived of Quebec midfielder Samuel Piette, who received a red card in the last moments of Sunday’s game. Also, Wanyama, a Kenyan, and the Finnish defender Jukka Raitala could also be absent since they will have left the North American continent in the previous days to participate in matches with their national team.

In addition, the Impact will find itself facing a rival with a greater number of players who have already participated in playoff games in MLS.

“Beyond the difference in experience between the two teams, we are very aware of what is at stake and each player will give their all. From the moment the game starts, that’s all that matters, ”said Quioto.