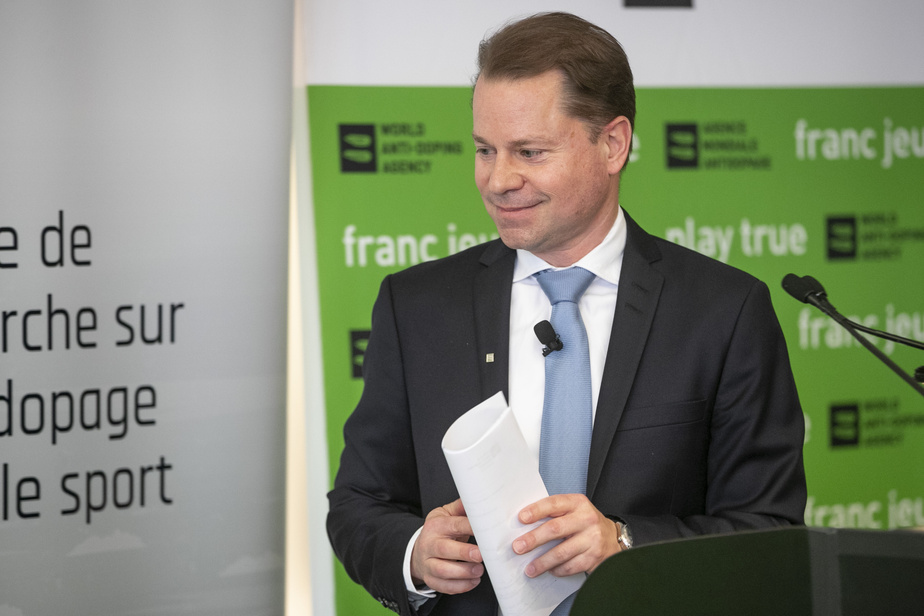 (Montreal) The Director General of the World Anti-Doping Agency (WADA) Olivier Niggli acknowledged Thursday that the coronavirus pandemic risked creating “holes” in the doping test programs of athletes in certain countries before the Olympics in 2021, while by saying “reasonably optimistic”.

“We are monitoring the situation, we have to look at the list of athletes who can go to the Games in the coming months and make sure that there are no places in the world where because of COVID-19, there was a big hole and no tests for a while, ”he explained during a press briefing in Montreal.

“We are worried to see the resurgence of Covid cases, especially in Europe, but we are still quite far from the deadline” of the Tokyo-2020 Olympic Games – postponed to 2021 due to the pandemic – and the situation may change favorably, especially with the prospect of a vaccine, he added.

He said he was “reasonably optimistic” on the ability of national anti-doping agencies, in coordination with the Independent Control Authority (ACI-ITA), to ensure that the athletes selected in the months preceding the Olympics are tested “if possible twice ”.

Mr Niggli was speaking after meetings of WADA’s two governing bodies, its executive committee on Wednesday and its foundation board on Thursday.

These meetings made it possible to take note of new reforms in the governance of the global anti-doping policeman, criticized by several groups of athletes and by national anti-doping organizations who accuse him of lacking transparency and independence.

Criticism of the United States

Among other things, WADA decided to appoint two independent members to its executive committee, whose twelve members are made up equally of representatives of the Olympic movement and of governments. It has also set up a working group responsible for proposing new reforms and evaluating those already implemented.

For WADA President Witold Banka, these are “important improvements towards greater independence and better representation of athletes and national anti-doping organizations”.

“These reforms are just the start,” he added.

Despite these decisions, the United States maintained Thursday its threats to suspend American funding of WADA, for lack of comprehensive reform of its system of governance.

“They said it once again, it is as a last resort, but these threats are not excluded”, regretted the director general of the anti-doping gendarme, Olivier Niggli. “At least there is a dialogue that has been revived a bit. ”

During the foundation council, representatives of the United States stopped paying their annual contribution of 2.7 million dollars (2.2 million euros) to WADA.

The threat was raised after a report by the White House-dependent Office of National Drug Control Policy (ONDCP), which recommended suspending US funding if WADA did not implement governance reforms of the United States. large scale.

The WADA had refuted the conclusions of the ONDCP, accusing it of presenting “many inaccuracies, preconceived ideas and lies”.

A representative of the ONDCP, Anthony Jones, in particular denounced the discussions of the two bodies of WADA on the possibility of imposing sanctions on countries which would suspend their funding unilaterally, seeing it as “a direct attack against the States. United “.

Mr. Banka, for his part, said he was ready to “work hand in hand” with the United States. “We need each other, we must work together for the future of anti-doping.”

Share
Previous Tiger Woods so close to a hole in one shot
Next COVID-19: the situation is not improving in Saguenay-Lac-Saint-Jean

In Quebec, when it comes to snowmobiling, we cannot ignore the name of Denis Lavoie, …