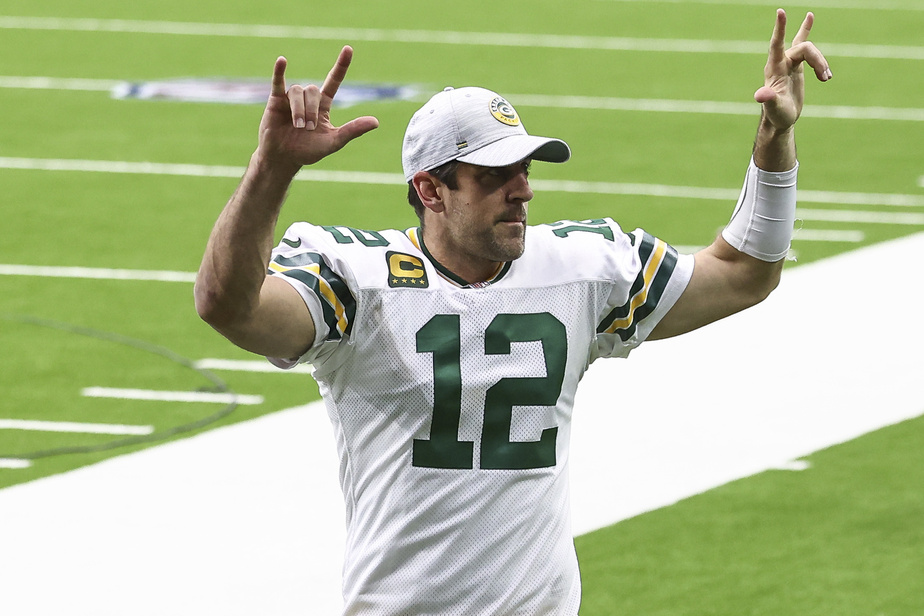 (Green Bay) Green Bay Packers quarterback Aaron Rodgers sees a certain lack of logic in the safety protocol the NFL has put in place to tackle the coronavirus pandemic during the season.

“You can hug a guy after a game, but you can’t eat at the same table as a teammate,” Rodgers told the show Tuesday. The Pat McAfee Show.

“You can bump into each other in training, but there must be a plexiglass panel between you and your neighbor in the locker room. I find that all this lacks a bit of consistency. ”

Rodgers added that “there is a part to showing goodwill and prudence and there is a part probably based on scientific research, but it has certainly changed the course of the season.”

The star quarterback also noted that the protocol may have affected unity within the teams as it prevents the organization of events such as team dinners or Halloween parties.

“I know a lot of people don’t really believe in the importance of team cohesion, but I think it’s an important part,” said Rodgers.

Packers wide receiver Davante Adams agreed on Wednesday that the ban on team activity was a hindrance.

“We used to have a lot of gatherings in the past – Halloween, Christmas, bowling nights, different activities – so it’s a bit of a hassle,” Adams said. We need to bond in another way in training. ”

In a video call with Green Bay reporters on Wednesday, Rodgers also recalled that the Packers have played all of their home games without spectators in the stands so far. He also commented on the means taken by the league to ensure that the season unfolds with as few pitfalls as possible.

“It often comes down to how many tests we have to do,” said Rodgers. I think (the players association) and the owners recognized that it was necessary that they be done on a daily basis in order to always be up to date on the health of the players. I think it works well. […] There have been a few positive cases here, but no widespread outbreak.

“I think the instructions for us to get to the end of the season are clear. Yes, games had to be moved or canceled, but we are at eight games. I think it’s a win for everyone. We must now go through to the end. ”

Three Packers players (6-2) were on the sidelines due to COVID-19 risks when they defeated the 49ers from San Francisco 34-17 last week. The NFL COVID-19 list is used for players who have tested positive or have had close contact with an infected person.

Two other Packers players saw their names put on this list after the game against the 49ers.

Share
Previous Impact: Olivier Renard analyzes the Bojan case
Next A gargle test accessible to everyone in Chaudière-Appalaches

Tennis player Andy Murray has called for the ATP to take domestic violence cases, like …