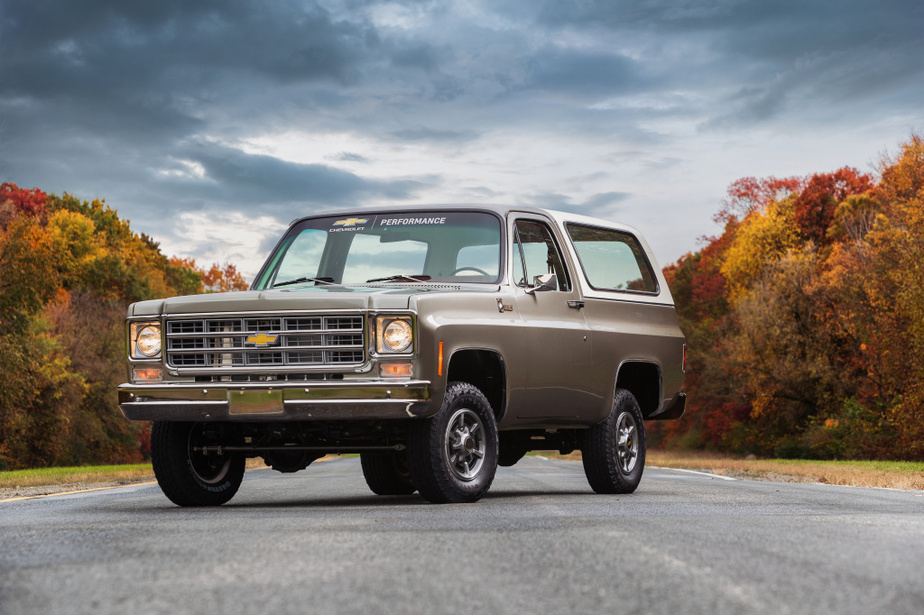 The concept of “restomod” in the world of automotive restoration is all in all rather easy to assimilate. We take a relatively old vehicle as a basis and equip it with modern elements to make it more comfortable, even more efficient or reliable. If the use of recent Chevrolet V8s is legion in this universe, this same brand has decided to join two worlds at the antipodes: grafting an electric motor to an old Blazer 1977.

The idea is not new, but the image is unusual. It is essentially used to promote a new program from Chevrolet Performance which will allow, if necessary, to buy a complete electrical mechanism and to install it in an old vehicle.

For the exercise, engineers used the engine and battery of a Chevrolet Bolt. Of course, with its 200 hp and 266 lb-ft of torque, this electric motor designed to power a subcompact is not going to turn this vintage SUV into a rocket. It’s better than its older 400-inch V8, however.3 which barely developed 175 hp.

Interestingly, the electric motor is mated to a four-speed automatic transmission to be able to use the original four-wheel drive system of this Blazer. Chevrolet did not specify how much range it can get from the 60kWh battery, but it should definitely be significantly less than that of the Bolt due to the weight and bodywork of the SUV.

Share
Previous Red zone tournament | A case of several hundred thousand dollars for the QMJHL
Next COVID-19: An Airlift for Snowbirds Going to Florida