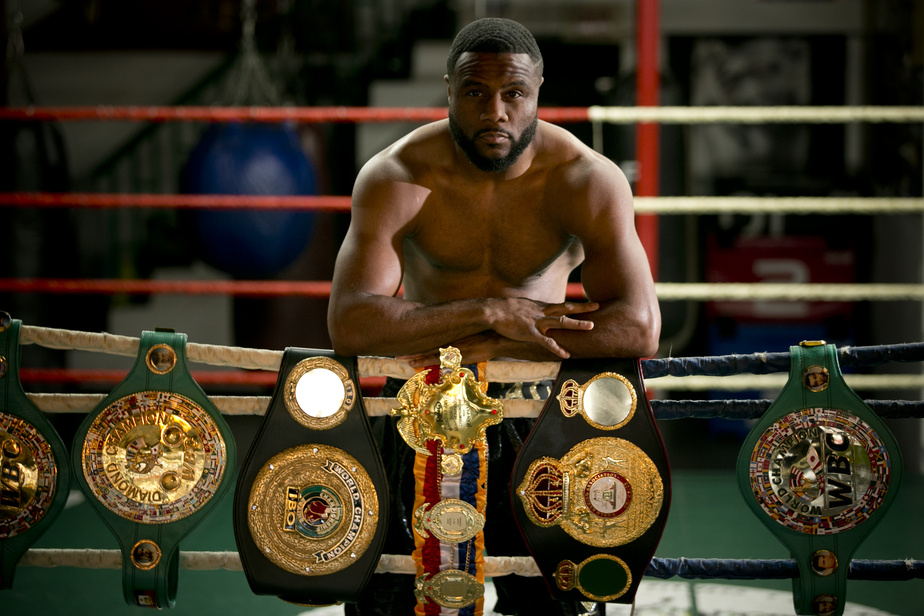 An exceptional boxer: a look back at Jean Pascal’s amateur career

Before the championship belts, there were the gold medals. In the early 2000s, Jean Pascal was a young student-athlete dividing his time between the boxing gymnasium and Cégep Ahuntsic where he was enrolled in police techniques.

Jean Pascal remembers the multisport Games which marked his amateur career. There were those of La Francophonie and those of the Commonwealth in 2001 and 2002, but also the Athens Olympic Games in 2004, for less fortunate reasons.

“The Jeux de la Francophonie (Ottawa-Hull) was my first senior international tournament and I won it. “

A year later, in the 71 kg gold medal final at the Commonwealth Games in Manchester, Jean Pascal faced two opponents: the Englishman Paul Smith and also a crowd of thousands of spectators at the Manchester Evening News Arena.

In an interview with Radio-Canada when he left the ring, Pascal mentioned the difficulty he had had in finding sponsors despite a fifth place obtained at the World Championships the previous year. Thanks to his team of coaches followed before the athlete turned to the camera to call “Jean Pascal number one!” “

“I haven’t changed too much! »Laughs the 38-year-old athlete when he is reminded of the anecdote. “I trusted and that is something everyone should have. When you have confidence in yourself, you can work miracles. When I was younger I was a shy and shy guy. It is sport that gave me the discipline, the work ethic and above all, the confidence. “

And to think that at the time, boxing was his plan B. “My dream was to become the first black director of the Montreal Police Department. My plan A was school. I had to make a choice and I opted for plan B. To have had a choice is a privilege and if it hadn’t worked in boxing, I would have gone back to the police. On the other hand, if I had not liked being a police officer at 25, I would not have been able to return to boxing. “

A winding path to Athens

Jean Pascal has bitter memories of his participation in the Athens Olympic Games in 2004.

Even though he and Benoit Gaudet had met the qualification criteria of the International Boxing Federation, this was not enough in the eyes of the Canadian Olympic Committee (COC) which had established more selective criteria. The two boxers finally won their case before the Sport Dispute Resolution Center of Canada, except that this long detour will have left its mark.

“I don’t know if I’ll be able to forgive them. With time, I will perhaps forget in my short-term memory, but I will always keep this poop on the heart, had mentioned Pascal to the Canadian Press after his favorable decision in 2004.

“I still have it on my heart,” says the pugilist 16 years later. “I couldn’t savor my Olympic experience 100%. I knew about it a month and a half before and my training suffered a bit.

You have to say the real things: the COC wanted to keep the money for the Vancouver 2010 Games, so it was cuts in 2004. I was the best boxer in the country for the past four years and had received scholarships to to prepare for the Olympics. I had qualified with the international criteria and there it was my own country which did not want to send me to the Games for a budget question.

In the Greek capital in mid-August, the Laval resident lost the only Olympic fight of his career against the Cuban Yordanis Despaigne. Pascal moved to the professionals the following year.

“My fight was early in the Games, so I couldn’t go to the opening ceremony. When I lost I was really frustrated and disappointed so I decided to leave before the closing ceremony. My Olympic experience was therefore a bit bitter. I didn’t want to miss a week of school either, but looking back I should have stayed. “

Fighting for his ideas, Jean Pascal continues to do so as we saw last summer in the context of Black Lives Matter events.

“I believe in justice and also in equality. Advocating that is also part of my values. With the status that I have been able to acquire over time, if I have been able to influence people for the right things, I will definitely be on the front lines. “

Jean Pascal has always had the audacity to face the best boxers. This has sometimes resulted in defeats, but also in great satisfaction.

“I became world champion again for a second time after a decade. This is another feat that no one has been able to achieve in my weight class. My name is on the record books and I plan to return probably this spring. “

Share
Previous Pandemic: Canadians reluctant to talk about their financial problem
Next AC / DC back with a new album