At the referee’s final whistle, euphoria overwhelmed the Impact players in Washington. The 3-2 win at the expense of DC United not only validated qualifying for the playoffs, but also confirmed that the efforts and sacrifices made by the club over the past two months had not been in vain.

However, through the outpouring of joy a shadow appears: the Impact will have to play its first game of the post-season tournament without Samuel Piette, suspended following his red card. Of all the tactical puzzles that Thierry Henry has faced this season, it seems that losing the Quebec midfielder is the most difficult to solve.

For Hassoun Camara, the loss of Piette hurts.

“You could say that Sam is the [Gennaro] Gattuso of the Impact from a defensive point of view, image the former defender of the Bleu-Blanc-Noir in the XI MTL podcast on QUB radio. He has evolved this year and offensively where he brings a lot. If there is one who should not take a red, it is him. “

Same story for analyst Vincent Destouches, who adds that the balance of the team is largely based on the game of number 6 Montreal.

“Samuel Piette, he is precious in what he does, insists Destouches. There is no other player in the squad who can do what he does. Sam has missions at his post in game patterns, in calls, etc. The balance of the team is mainly due to the fact that it fills many of these boxes. “

The Impact plays its first playoff game on Friday, November 20 against the New England Revolution.

Beckham and his place in MLS history

For its 25th anniversary, Major League Soccer (MLS) asked several specialists to list the 25 best players in its history. Frédéric Lord and Vincent Destouches were part of the panel to identify the players who have most marked the spirits in the Garber circuit during all these years. Imperfect exercise, the two analysts of TVA Sports opened up on the criteria which had guided their choices.

As is often the case, one player particularly animates the discussions: David Beckham. Very good on the field, his sporting legacy is often exceeded by what he represents in popular culture.

“I put it on my list,” says Destouches. First, he’s going to be among the 25. He’s a good player, but on top of that he’s won titles: two MLS Cups and two Supporters’ Shields. It’s still important. But apart from that, he changed the “game”. MLS might not be what it is today without him. ”

Does Nacho Piatti, perhaps the best player in the history of the Impact, find himself in this? List of 25?

“If Piatti does not play in Montreal, he may have a media trajectory in MLS that is close to Diego Valeri [que j’ai mis sur ma liste], explains Destouches. I would forever be a little disappointed that Piatti did not get the recognition he deserves. ”

Memory as a plastic “bébelle”

In the Impact world, news has gone unnoticed in recent weeks. New player Mustafa Kizza was awarded the # 12 by the club he proudly wore for the first time in the Montrealers’ victory last Sunday in Washington.

But, in the meantime, few people have noticed that the Impact has broken its own rules. On March 17, 2012, on the occasion of the first MLS match in the club’s history at the Olympic Stadium, this number was withdrawn to highlight the importance of the Bleu-Blanc-Noir supporters. In a ceremony that preceded the game against the Chicago Fire, Eduardo Sebrango had removed his jersey and no player had worn the 12 since.

However, last Sunday things changed … or not. For the descriptor of the Impact’s games, Frédéric Lord, this trifle is a symptom of the evil that sometimes plagues the team.

For him, too many examples lead to believe that these initiatives are only disembodied marketing interventions rather than a strong message sent to its members and to the community in front of and for which the Impact is evolving.

In “XI MTL”, he also cites as an example the four stars of the logo which were to represent the four founding peoples of the city of Montreal (French, English, Irish and Scottish). Since then, Montreal has recognized Indigenous peoples as founders and added the white pine symbol to its flag without the Impact inscribing another star on its crest.

Another example: the wall of fame created in 2018 which has relegated to oblivion the club of builders and its seven members, Lloyd Barker, Patrick Diotte, Rudy Doliscat, John Limniatis, Grant Needham, Nick Filippone and Gabriel Gervais. 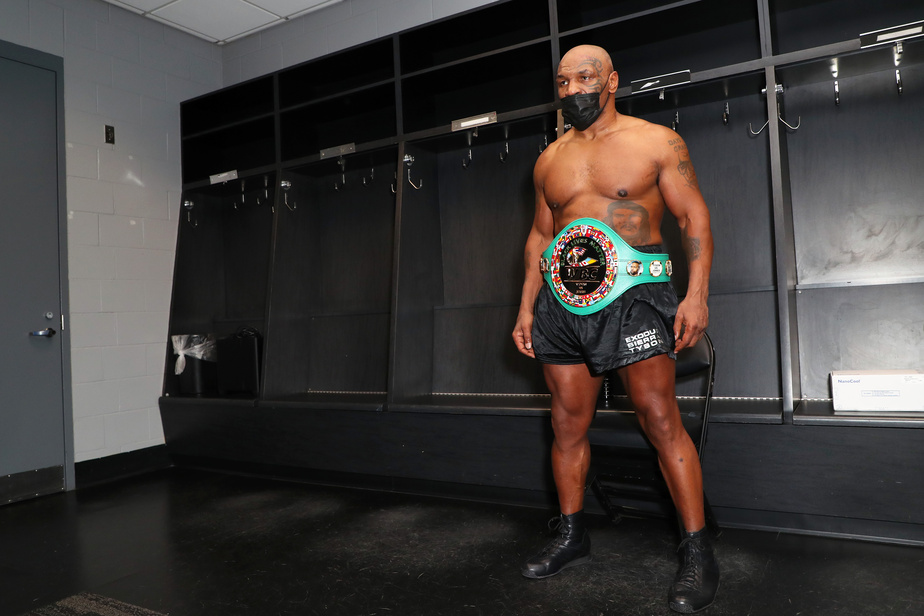