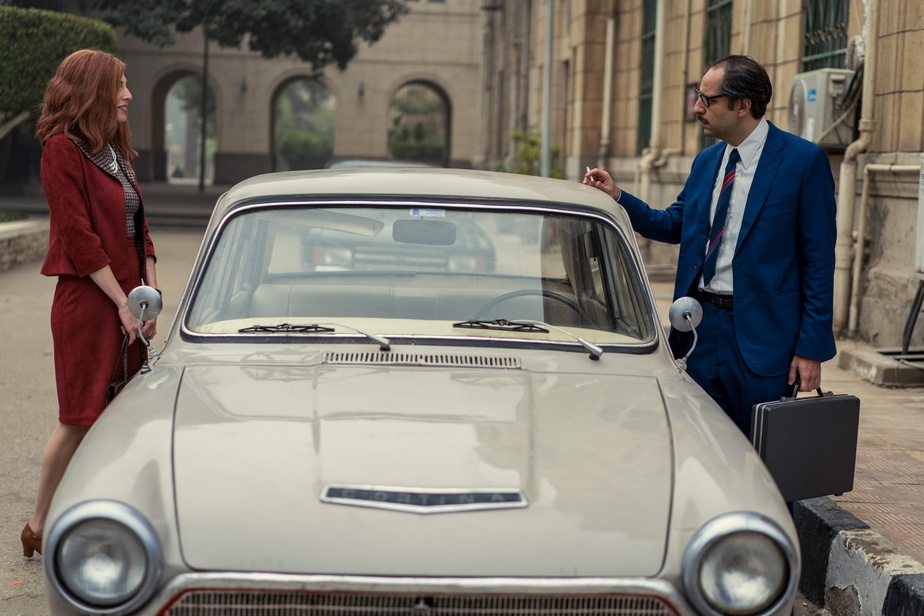 Netflix | The Paranormal series wants to conquer the world

Stamped as a “suspenseful” production, the series Paranormal is based on the bestselling books by Ahmed Khaled Tawfik, Egyptian author of many horror, science fiction and medical thriller novels that have made him very popular among young people in his country and the Arab world.

It was uploaded last week in nine languages, including Arabic. In total, it targets audiences in 190 countries.

“With such a large audience, it was logical that we participate in this project,” Ahmed Sharkawi, head of content in Arabic and Africa for Netflix, told AFP.

The six-episode series, set in the 1960s, follows the adventures of hematologist Refaat Ismail, played by actor Ahmed Amin, who is confronted with paranormal phenomena.

With his Scottish sidekick, the scientist Maggie Mackillop, played by the Lebanese-British actress Razane Jammal, they set out to solve the mysteries through the streets of Cairo, in pharaonic temples or in the Libyan desert.

“We are delighted that fans can see their favorite characters – monsters and ghosts – come to life. And those who haven’t read the novels will discover a different form of fiction, ”says Sharkawi.

Egypt, a historic producer of films and television series, has long benefited through this cultural bias from a great influence in the Arab world, an influence which has however declined in recent years.

“We didn’t want to do an American series dubbed in Arabic. Even with the special effects, the myths and the scary stories, we wanted it to be genuinely Egyptian, ”he added.

On social networks, the reception of Paranormal was mixed, with criticism of the use of special effects, but also compliments on the performance of lead actor Ahmed Amin.

The bespectacled, soft-spoken actor, known for his online comedy skits, highlighted the “challenge” of bringing the series to an international audience.

“It’s a test to see if we can be competitive and attract an audience beyond the Arab world,” he told AFP.

The recent successes of Arab-American actors and screenwriters in Hollywood may also help promote Arabic content.

Egyptian-American actor Rami Malek won the Oscar for Best Actor in 2019 for his portrayal of singer Freddie Mercury in Bohemian rhapsody.

“I hope that (the series Paranormal) will highlight the talents we have, ”actress Razane Jammal, who aspires to“ bridge the gap between East and West ”, told AFP.

Marwan Kraidy, an Arab media specialist at Northwestern University in Qatar, compares Netflix’s entry into the Arab market to how HBO established itself in the United States by offering series that set themselves apart from traditional standards.

According to him, the streaming has changed television drama in the Arab world and “we are starting to see directors […] who address Netflix directly ”instead of traditional public and private funders.

The region has nearly five million Netflix subscribers, according to statistics released in September, a figure the American giant hopes to double by 2025 by offering more content of Arab origin.

“Santa has to die”: When it comes to killing Christmas…