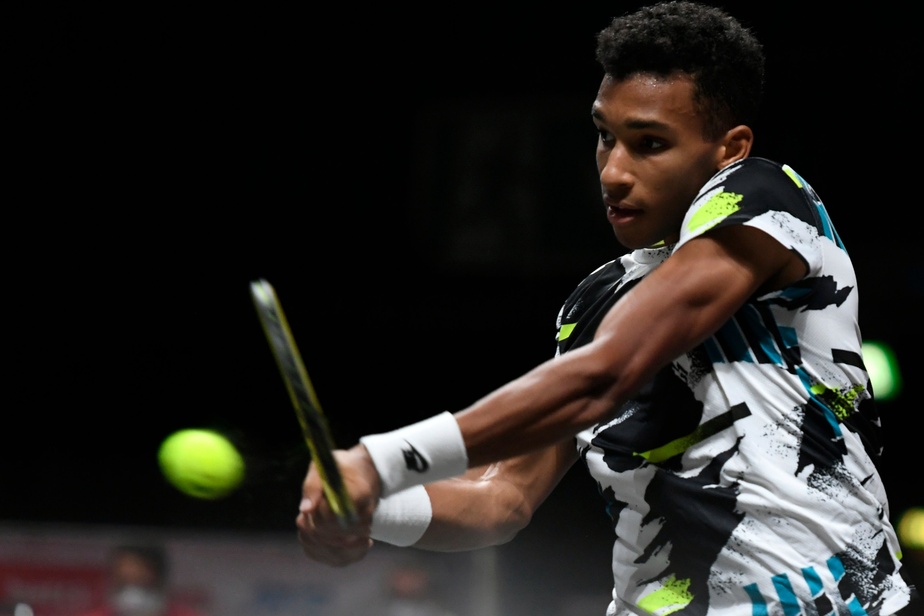 Félix Auger-Aliassime ends his season on a bad note


(Sofia) The least we can say is that Félix Auger-Aliassime did not have the end of the season he hoped for.

The 20-year-old Quebecer dropped the flag 6-4, 6-4 ahead of Italy’s Salvatore Caruso in the second round of the ATP 250 indoor tennis tournament in Sofia on Wednesday.

The result means that Auger-Aliassime, the tournament’s second seed, completed his season with a four-game losing streak.

Caruso, the 82e world player, took the measure of Auger-Aliassime in one hour and 40 minutes. It was the first professional career duel between the two players.

Auger-Aliassime, 21e world player, committed a total of five double faults, against zero for Caruso. He also lacked opportunism – he couldn’t convert any of his six break points, as the Italian broke him twice on three occasions.

The Quebec tennis player, who recently broke ties with his long-time trainer Guillaume Marx, is the second maple leaf representative to be surprised in this tournament.

On Tuesday, the favorite Denis Shapovalov bowed 6-2, 6-4 in front of the Romanian Radu Albot in the second round.

Like Auger-Aliassime, the 21-year-old from Richmond Hill, Ont., Ended the season on a four-game losing streak, losing his first game in three consecutive tournaments after losing to Andrey Rublev in the semi-finals of the St. Petersburg tournament.

Vancouverite Vasek Pospisil will now face Australia’s John Millman in the quarterfinals on Thursday, who edged Frenchman Gilles Simon 7-5, 6-7 (3), 6-2 in the second round.

Pospisil won his only career game against Millman, in the Davis Cup quarterfinals in 2019.

Share
Previous Bubble of the QMJHL: a new lease of life for the Remparts
Next Montreal Book Fair | Activities for young people in schools and homes

Bergevin, Maciocia and Gilmore believe in it

The Canadian has two women on its administrative staff. France Margaret Bélanger is Head of …