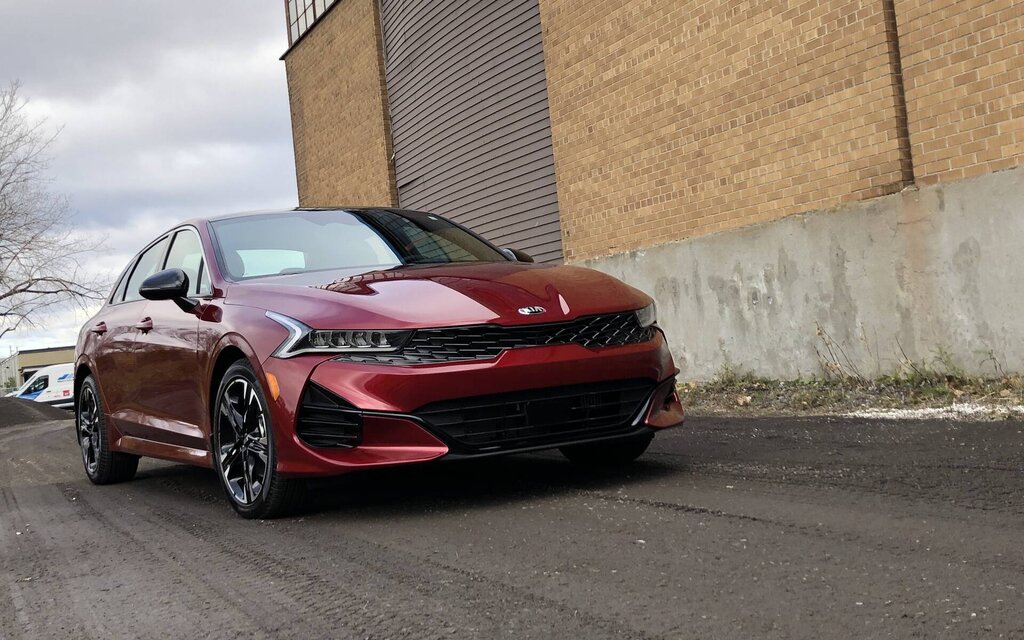 There is a change at Kia for 2021. The Optima sedan is retiring and giving way to the K5, a significantly more modern vehicle arriving at dealerships this fall.

Why such a name change? Quite simply, a question of marketing. The Optima was already known as K5 in Korea for many years, and the leaders of the brand have decided to standardize it all around the world.

For the originality of the name, we will come back. On the other hand, for the rest, Kia scores several very interesting points with this new sedan. Let’s take a closer look.

Set to compete with established models like the Toyota Camry and Honda Accord, the Kia K5 sports a look that is sure to not go unnoticed. All tastes are in nature, but the K5 is in our opinion one of the prettiest vehicles in the mid-size sedan category.

Its zigzag-shaped LED headlights continue their way to the sides of the vehicle, while a domed hood overlooks a nicely designed grille. The photos show it well, but we can confirm that the result is even more convincing when you see the sedan with your own eyes.

From the side, the K5 displays a receding line at the rear, as if we wanted to make us believe that we were dealing with a coupe. We immediately notice a great similarity with the Kia Stinger. The two cars share undeniable family resemblances.

The GT-Line model we tested has a particularly aggressive look, with its 18-inch wheels and bumpers borrowed from the GT model, which is scheduled to hit our roads later in 2021. .

Inside, the presentation is quite sober, a little too much. As if we had put so much effort into the exterior look and ended up running out of time for the interior! We also deplore the misuse of glossy black plastics which get dirty visibly, accumulating fingerprints at lightning speed. That said, the controls are well positioned and everything is easy to use.

Our test car included a 10.25-inch touchscreen, which is found on board several of the brand’s other models, including the big Telluride. Here, absolutely nothing to complain about. The presentation is successful and its use could hardly be simpler. Note, however, that the screen of the entry-level model is limited to eight inches, which remains however very acceptable, Integration with Android Auto and Apple CarPlay comes standard, as well as the intelligent cruise control and a charger wireless for cell phone. Obviously, Kia has put the package in the list of equipment offered.

It’s not just the design that has been talked about since the arrival of the new K5. This new vehicle also marks the integration of all-wheel drive, an option that the Optima did not offer. Kia thus follows other intermediate models such as the Nissan Altima, the Toyota Camry and the Subaru Legacy, which also offer this configuration.

Our test on the asphalt did not really put this all-wheel drive to the test, but rest assured that we will recover this winter.

This first contact with the Kia K5 2021, however, allowed us to observe the too low power of the entry-level engine, a 1.6-liter turbocharged four-cylinder block. This is a very small engine for such a large sedan, and unfortunately it affects the handling.

The acceleration of this 180 horsepower engine leaves us with our appetites and does not pay homage to all the effort that seems to have been put into the design. Granted, it’s more than enough to get from point A to point B without hassle, but we would have liked a little more attitude.

Fortunately, the GT version will instead incorporate a 2.5-liter four-cylinder engine promising significantly more engaging performance, with an output of 290 horsepower and torque of 311 pound-feet. However, we will have to wait a few more months before seeing this version on our roads. However, it will be impossible to opt for all-wheel drive with the GT. Pity.

As for fuel consumption, we averaged 8.0 L / 100 km, which is quite impressive for a sedan of this size, especially when you consider that it is equipped with all-wheel drive. The Kia Optima managed to do better thanks to its hybrid variant, a technology that is conspicuous by its absence from the K5 catalog. Hoping that Kia corrects the situation quickly.

The Kia K5 brings a breath of fresh air to the mid-size sedan category. With a starting price of $ 31,405, it costs little more than a 2020 Optima and offers a lot more. It remains to be seen whether that will be enough to convince motorists to switch to a sedan, as the popularity of these vehicles has melted like snow in the sun in recent years. 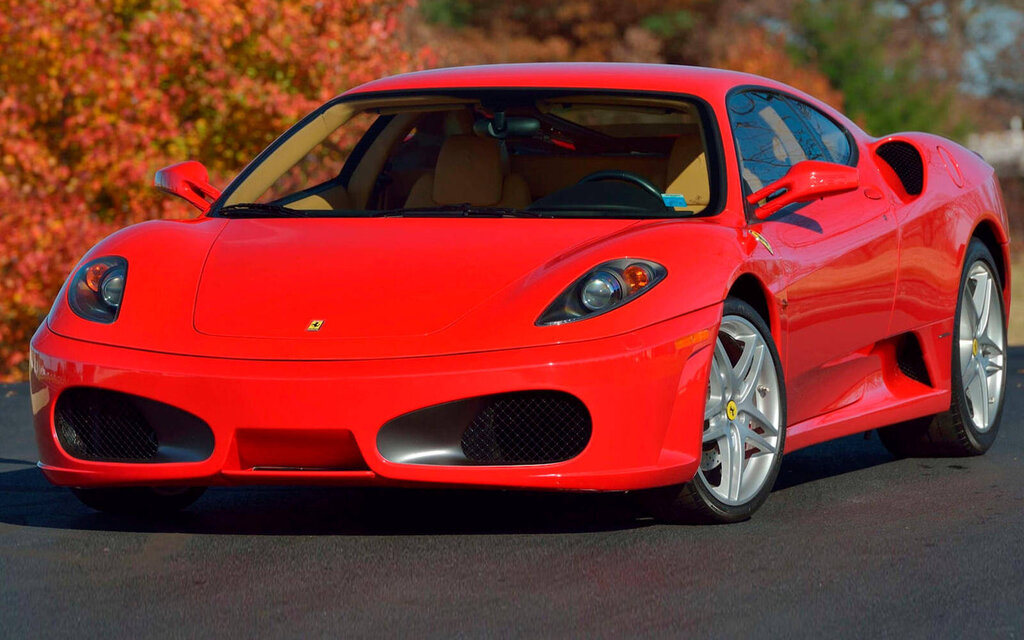