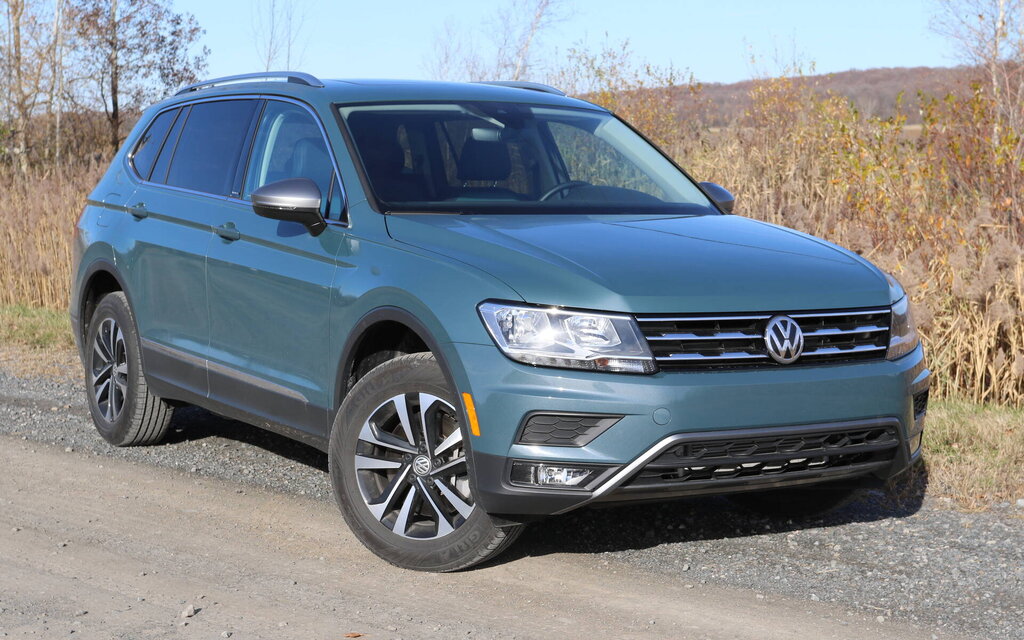 With the Tiguan, Volkswagen has made a major change, it is the case to say it.

Instead of a very compact vehicle making it look like a big Golf, the current model has grown into a bigger SUV. The goal? Abandon the previous format to better adapt to the American market. This also leaves room for the future Taos, which will arrive soon.

For an accountant, this is a success: sales are going wonderfully, and there has never been so much Tiguan here. Last year, there were just over 6,000 vehicles registered in Quebec and just under 20,000 in Canada.

Longer, wider and with a significantly longer wheelbase (19 centimeters!), The current Tiguan is much more roomy than the previous one. This can be seen at the front where the head and legroom are very good, as well as at the rear. Headroom is more measured than in front, but still adequate for the legs.

The trunk volume amounts to 1065 liters, which makes it one of the most spacious models in the category like the Toyota RAV4 or the Honda CR-V. Once the rear seat is folded down, the available space rises to 2,081 liters. The square format is practical, and it is even possible to store the luggage cover in a dedicated space (see photo gallery).

It’s rare enough to be highlighted: the Tiguan offers an optional third bench ($ 760). Our test model was also equipped with it. A nice addition if you need extra seating on occasion. But remember that space is very limited in this configuration, which should be reserved for short trips. The trunk volume is greatly reduced when the last row is used. So to take your children and their friends to their hockey training, the Tiguan may be too small …

As always with Volkswagen, the build quality is good. Everything is in its place and we feel that the manufacture has been carried out with seriousness. The materials used are also up to the task, our test model adding a little originality with the seats matching the exterior color.

The multimedia system works well overall and the screen definition is good. Ergonomics – true to other Volkswagen vehicles – remain neat, with well-placed controls.

Now that we have thrown flowers at the Tiguan, it’s time for tomatoes! And it starts as soon as the engine is started. When cold, its unpleasant clicking sounds almost make you think of a diesel. It’s a little better once warm at idle, however the clicking noise continues while driving, regardless of engine temperature.

In addition to this frankly unpleasant noise are added timid performances. While the previous Tiguan released 200 horsepower, the current 2-liter turbo engine only shows 184 on its spec sheet. That said, the higher torque (221 lb-ft versus 207 for the old model) could very well have improved engine uptime at normal revs.

It is not so. Not really fond of high revs, the engine quickly runs out of steam without ever having been brilliant. The performance is sufficient in absolute terms, but lacks brilliance. Offer a less powerful and less pleasant engine than the previous one, it had to be done!

To make matters worse, the eight-speed automatic transmission spends its time hesitating when it comes time to change gears, demands that you accelerate almost fully to downshift properly and gives you unpleasant jerks, especially at low speeds. low speed.

And when the stop-start system is activated, the blows given by the gearbox get worse! If you drive very often in town or in congestion, try the vehicle before stopping your choice, it is really annoying.

During our week of testing, the fuel consumption displayed on the instrument panel was 9.1 L / 100 km. After calculating the amount of fuel actually consumed, we noted 9.8 L / 100 km. A value that is in the high average of the category.

When it comes to handling, forget the pleasure of driving “European-style”. The Tiguan will take you from point A to point B without difficulty, nothing more. The steering is not imprecise, but its lightness is confusing for a Volkswagen product. By getting into a Golf just after this test, we were able to measure the difference in approval between the two vehicles on this point.

A little clumsy when changing direction, the Tiguan does its job honorably the rest of the time and is distinguished above all by its comfortable ride. On the other hand, if you still own the old model and you like its handling, you may not find your account there.

How much does it cost?

With advantageous rates of 1.49% and 0% respectively, we are very far from the rates charged by Toyota on the RAV4, which amount to 4.99 for lease and 3.99% for financing!

Our test model, a Tiguan IQ.Drive, incorporates elements sought after by buyers such as the panoramic sunroof, but also active safety equipment, as well as the third bench mentioned above. Cumulatively, we arrive at a total of $ 37,721, which corresponds to $ 500 in lease (48 months) and $ 660 in financing (60 months).

Thanks to attractive rates, its cost price is closer to its more serious competitors, such as the Subaru Forester, which claims similar monthly payments.

Finally, the main problem with the Tiguan is that it does not stand out in its class. The best players on the market offer a more inspired ride, equivalent or better performance, lower fuel consumption and at least as good interior space. The Tiguan still stands out thanks to its optional third bench seat.

Is it enough to make a difference? Not really…