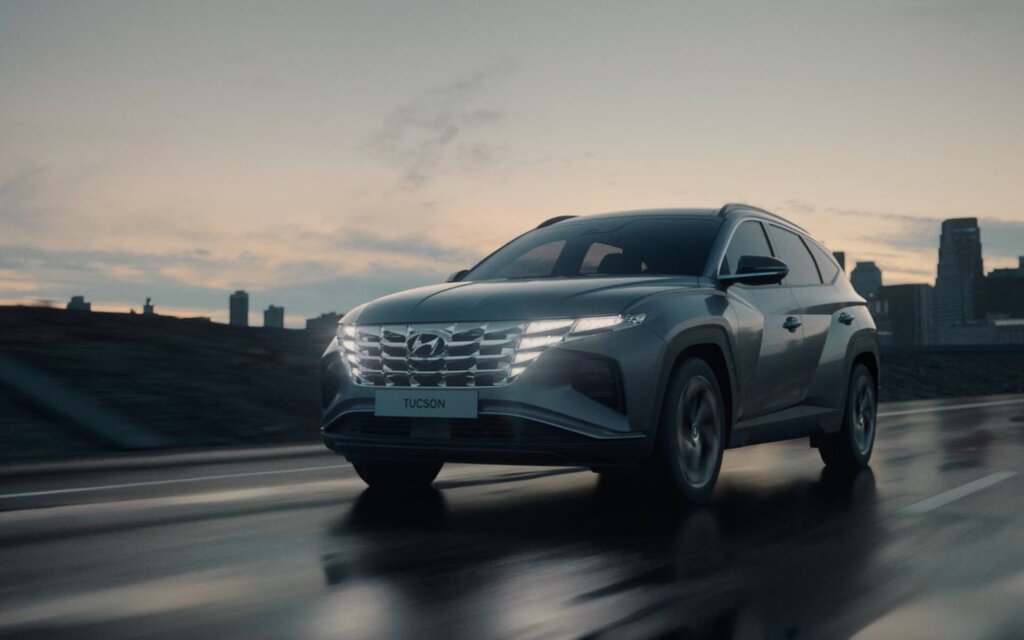 Hyundai Tucson 2022: a strong design to stand out

If you have followed the unveiling of the new Tucson 2022, you may have noticed that its design is rather daring.

Love him or hate him, he leaves no one indifferent. Some find it looks like Mercedes-Benz EQC up front, while others point out that its rear lights are inspired by those of the Ford Mustang.

It must be recognized that its design resembles that of a concept more than a mass production vehicle, like the multiple headlights integrated into the grille which become invisible once they are turned off.

During a conference we were able to attend, SangYup Lee, head of Hyundai’s design center, highlighted this desire to stand out, in a category where many vehicles look alike. “The compact SUV category is a hotly contested segment, with a lot of vehicles. And for Hyundai, the design of the new Tucson is a very strong bias. This should also allow us to expand our market share eventually, ”he explains.

While a colleague asked him if these very daring lines might not put off some customers, Mr. Lee gave the example of the Renault Twingo, a small French city car we told you about a few weeks ago.

While opinions were very divided on its design when it was released, the little Renault finally met with immense commercial success and its recipe was copied by many manufacturers in Europe. SangYup Lee wants the Tucson 2022 to experience a similar fate, which would ultimately lead to higher sales.

The interior layout is also very different from the current model. According to studies conducted by Hyundai, consumers now want vehicles with a much more refined interior, with excellent connectivity. On the other hand, the quality of finish, clearly improved according to Hyundai, does not make it a luxury vehicle.

Lorenz Glaab, General Manager of Products at Hyundai, made it clear at the conference we attended. “It is true that the difference between classic and premium products tends to narrow. But for Hyundai, the Tucson remains a mass market model. The luxury models are developed by Genesis, which is the luxury brand within the group, ”he adds.

Hyundai won’t close the door on a Tucson N

The new Tucson will receive an N-Line finish, which makes the vehicle more sporty in appearance, but will not fundamentally change performance or handling. It will be the same as with the A-Spec versions at Acura, for example.

When we asked Mr. Glaab if the arrival of a real Tucson N was possible, he did not formally deny this possibility. For Hyundai, the N division must become a benchmark in the field of sport in the medium term. But vehicles that carry this letter must also be able to perform well on a circuit. This is obviously not the case with the Tucson, for which this is not the vocation for the moment.

Will Hyundai finally launch an SUV that would clearly stand out from other models by its dynamic capabilities and an even more aggressive design? Only time will tell, but the fact that those responsible for the manufacturer have not closed the door to this possibility is rather encouraging.

In video: a refurbished Hyundai Tucson for a good cause