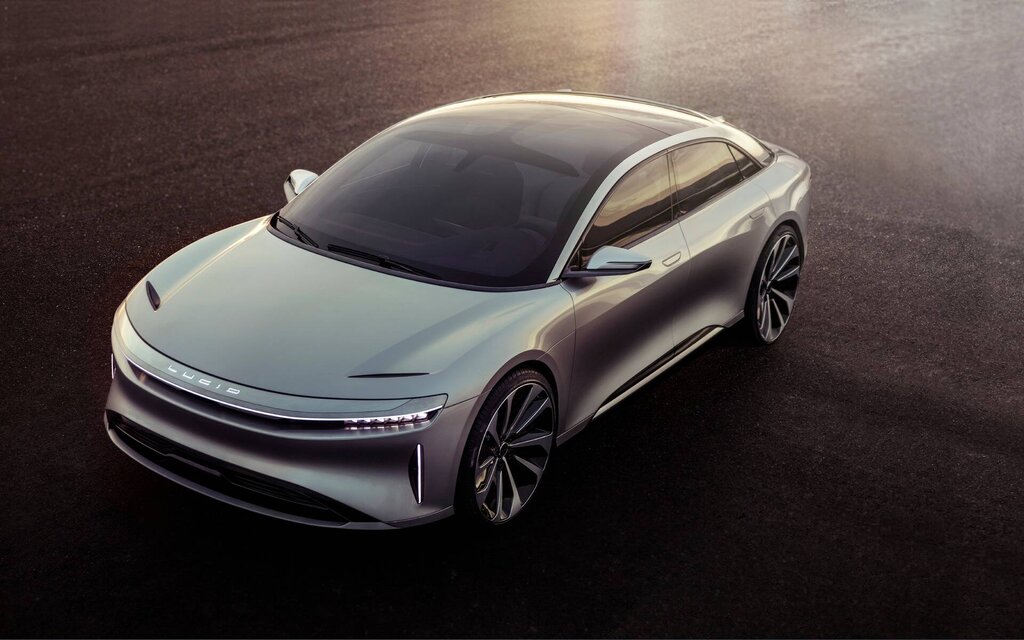 More than 1000 horsepower for the 100% electric Lucid Air

If the Californian manufacturer Lucid keeps its promises, the Lucid Air will become the most powerful electric car with 1080 horsepower, well ahead of the Tesla Model S and the Porsche Taycan.

With its two permanent magnet motors and four-wheel drive cog, this phenomenal force is achieved thanks to its electric drive unit of over 900 V. Therefore, each motor develops over 650 horsepower for a combined power of 1080. horses.

Besides, the drive unit weighs only 163 lbs (74 kg). This is achieved in part by the transmission and differential, which have been fully mated with the electric motor, forming a single rotation system while being compact. This allows one, two or even three units to be used to power a Lucid Air.

In addition, this technology allows engines to run up to 20,000 rpm.

In terms of performance, the Lucid Air will be able to cover the 0-96 km / h sprint in less than 2.5 seconds. By comparison, the Porsche Taycan does the 0-100 km / h exercise in 3.5 seconds, while the Tesla Model S Performance does it in 2.6 seconds in Ludicrous mode.

The quarter mile, meanwhile, will be completed in 9.9 seconds. The manufacturer claims that this result has been obtained repeatedly and consistently. Regarding aerodynamics, the car has a drag coefficient of 0.21.

“Our motto has been ‘focus’ from day one at Lucid – a focus on sound engineering principles, a focus on creating efficiency and a focus on maximizing power to design an electric vehicle from world class, ”said Peter Rawlinson, CEO and CTO of Lucid Motors.

On the recharging side, Lucid has developed the Wunderbox. This charging unit will be able to adapt to multiple types of charging stations and even to charge from a different vehicle. In addition, it recharges the Air’s battery at a rate of 32 kilometers per minute up to 483 kilometers in 20 minutes.

Other versions will be available with a battery with a range of 505 km. It will also be possible to opt for a 113 kWh battery with a greater range of up to 832 km. The car will also have as an option, the choice of semi-autonomous driving level 3 called DreamDrive.

The production version of the Lucid Air will be unveiled online on September 9. Delivery of the model will begin in 2021 in the United States. Availability in Canada remains to be confirmed.