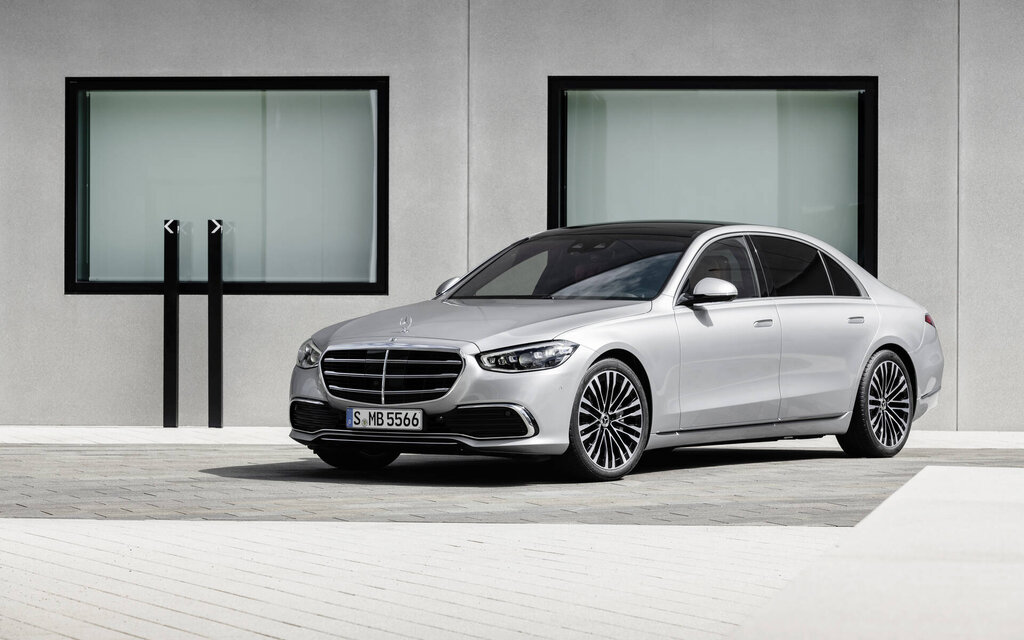 2021 Mercedes-Benz S-Class: luxury in every aspect

Reading the technical documents for the new seventh-generation Mercedes-Benz S-Class, codenamed W223, is giddy and testifies to the holistic and comprehensive approach taken by the designers of the range.

Its drag coefficient is 0.22, making it one of the most aerodynamic cars in the world. The E-Active Body Control suspension control units adjust the suspension calibration a thousand times per second. Four-wheel steering (the rear wheels can turn up to 10 degrees) reduces the turning radius by 1.9 meters.

The driver’s seat has 19 electric motors, eight for adjustment, four for the ten massage programs and five for ventilation. Incidentally, these ventilated seats are pierced by a micro-tool comprising 16,000 needles. The Burmester audio system is of type Surround 4D and includes 30 speakers. 17 motors control the temperature and the ambient air flow, while the four-zone heating / ventilation system has 20. The ambient lighting system is made up of a fiber optic element every 1.6 centimeters , and there are over 250 of them spread throughout the cabin.

The new OLED-like screen measures 12.8 inches, the screen replacing the instrument cluster is 12.3 inches, and the new S-Class can also be fitted with screens for the rear passengers, thus increasing the number of five screens.

The display size of the Head-Up Display with Augmented Reality corresponds to that of a 77-inch diagonal screen. The computer capacity of the interface of the second generation MBUX telematics system is increased by 50%, and the “Hey Mercedes” voice communication device now includes 27 languages.

The new S-Class is equipped with an airbag integrated in the driver’s seat back to more effectively protect rear passengers from a frontal collision. The volume of this deployed cushion is 70 liters, and it is equipped with an inflatable tubular structure making 16 liters of volume.

The S-Class lifts eight centimeters in a few tenths of a second, when the sensors detect that the large luxury sedan will be struck from the side, in order to present the chassis spar, which is stronger than the door, as the point of contact. In addition, the plug-in hybrid version of the S-Class will have a range of one hundred kilometers in electric mode.

The above is not an exhaustive list of features of the seventh generation S-Class, but rather a brief overview. In the history of the German brand, the S-Class has often been the technological showcase demonstrating the know-how of engineers and, in the case of the W223, history repeats itself once again.

Except this time around, it was more than one aspect that was affected. The previous generation of the S-Class, unveiled at a large-scale event I attended at the Airbus plant in Hamburg, Germany, mainly focused on new driver assistance and semi-autonomous systems. In the case of the new one, it is a more holistic approach that has been adopted, while the designers have chosen to put the human at the center of the development objectives with a concept aptly qualified as human-centric.

With this in mind, this S-Class was designed as a “third living space”, just like the home or office, and this is why the interior presents a stylish ambience. lounge suitable for relaxation or work, with a style inspired by both modern architecture and the world of sailing. With the First Class Suite, available in the rear seats, comfort is supreme with magnificent leather upholstery while the open-pore woodwork set with aluminum appliques perfectly follow the shapes of the dashboard.

Through its second generation MBUX interface, the new S-Class also adopts so-called “predictive” functions. By making use of integrated cameras and artificial intelligence, the Interior Assist system anticipates the wishes of occupants. For example, if the driver looks over his shoulder in the direction of a rear side window, the Interior Assist system will automatically open the blind of that window to provide an unobstructed view to the driver.

And if the driver says “Hey Mercedes, I’m a little stressed …”, the program Vitality will come into operation through a specific light and sound environment. Furthermore, the function Energizing will subtly modify the angle of the backrest or the position of the seat to vary very slightly, by a few degrees or millimeters, the position of the driver thus ensuring better comfort during a longer trip and, to facilitate communication and exchange, the occupants of the car can share content between the various screens of the car.

“The S-Class is the world’s best-selling luxury sedan. With this new generation, we want to offer our customers innovation, safety, comfort and quality like never before ”, says Ola Källenius, CEO of Daimler AG and Mercedes-Benz AG.

For Canada, Mercedes-Benz will offer the S-Class in two configurations, the S 500 regular wheelbase and the S 580 long wheelbase. The S 500 will be powered by the turbocharged 3.0-liter inline-six engine tentatively rated at 429 horsepower, plus 21 with EQ Boost, while torque is reportedly 383 lb-ft.

The S 580 uses the twin-turbo 4.0-liter V8 whose power is tentatively set at 496 horsepower, plus 20 with EQ Boost, and torque at 516 lb-ft. In both cases, the box is a nine-speed automatic and all-wheel drive will certainly be part of the equipment. Pricing for these two variants will not be established until shortly before launch in our market.

The seventh-generation S-Class can be ordered from September 2020 for delivery in December in Germany, while marketing in Canada, the United States, as well as China, will begin in spring 2021.

The Car guide will soon have the opportunity to drive the 2021 S-Class and we will soon publish a full account of our experience behind the wheel of the Mercedes-Benz flagship. Keep in touch…

Share
Previous Indonesia: 600 students from a Koranic school affected by the coronavirus
Next An investigation to find out why you’re not good!