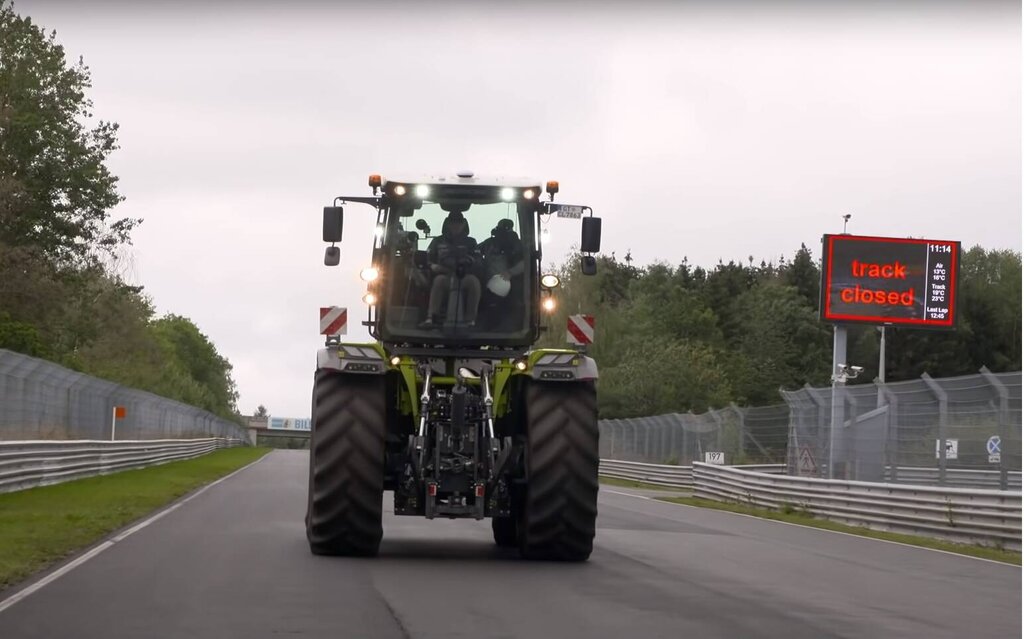 A new track record at the Nürburgring… by tractor!

Any self-respecting high-performance vehicle must prove itself on the “Green Hell” that is the German Nürburgring circuit. Establishing a track record there guarantees instant fame.

Even for a… tractor?

Indeed, forget the exotic coupes and luxury sport sedans. There is a class of vehicles for agricultural machinery and it is the Claas Xerion 5000 VC which can now boast of having completed the famous loop the fastest.

Here is the video (in German only, so activate the translated subtitles):

This 37,000-plus-pound machine owes its prowess to a 12.8-liter six-cylinder Mercedes engine that generates some 500 horsepower and – hold on tight – 1,918 pound-feet of torque.

However, instead of recording a stopwatch in seven minutes like the fastest cars on the planet, this tractor crossed the finish line in a time of 24 minutes and 50.57 seconds, which represents an average speed of 50 , 3 km / h, with peaks at 53 km / h.

It’s also much slower than JC Bamford Excavators’ Fastrac 8000, a modified version of which hit a staggering 165.8 km / h last year on the runway at Elvington Airport, near York in the UK. -United.

By the way, if you are interested in the Claas Xerion 5000 VC, you can order a replica… in LEGO blocks!